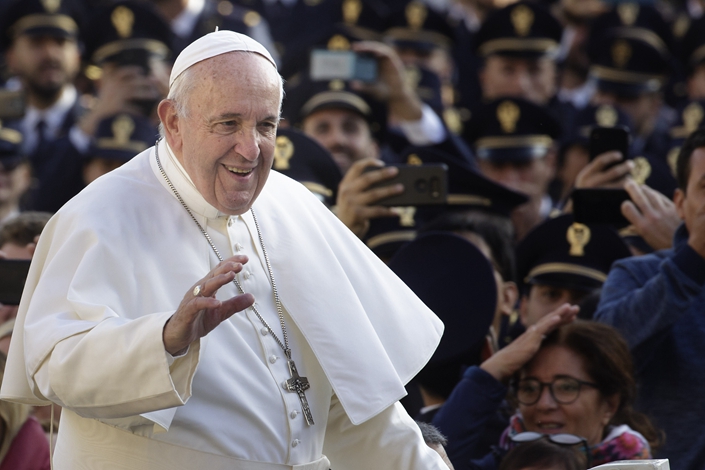 China is “open and positive” in developing its relationship with the Vatican and appreciates Pope Francis’ “friendliness and good will,” the Chinese foreign ministry said on Thursday.

On a return flight to Rome after a visit to Japan, the pontiff told reporters that “I would like to go to Beijing, I love China,” according to a transcript released by the city-state’s Vatican News.

Foreign ministry spokesperson Geng Shuang responded at a regular press conference that “we saw the reports and appreciate the Pope’s friendliness and good will.”

“China and the Vatican city-state have good communication, and we are pleased with the improvement in our relations,” Geng said. “China is sincere and positive in advancing China-Vatican relationship. We welcome and are open to exchange between the two countries.”

In September 2018, China and the Vatican signed a provisional agreement on the appointment of bishops in Beijing, the state Xinhua News Agency reported, citing a foreign ministry statement.

China and the Vatican will continue to maintain contact and push forward the process of improving bilateral ties, the statement said.

The Vatican doesn't maintain a diplomatic relationship with the People's Republic of China.