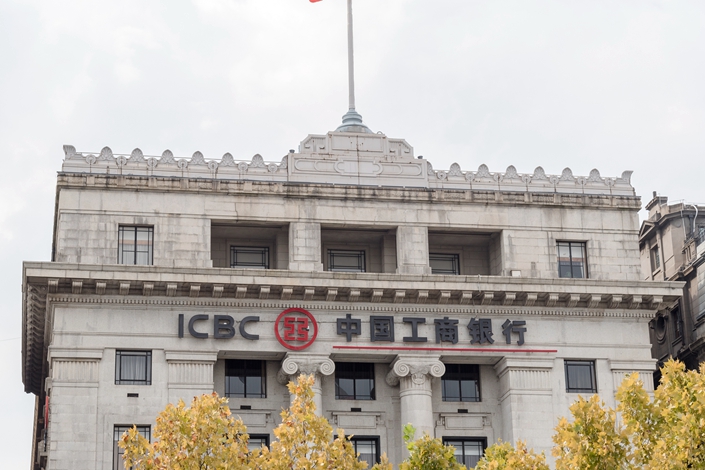 The Industrial & Commercial Bank of China Ltd. (ICBC), the world’s largest bank by assets, will name a new chairman of its supervisory board pending regulatory approval, filling a position that has been vacant for two years, Caixin has learned.

Yang Guozhong, the former chairman of the supervisory board of the China Investment Corp. (CIC), the nation’s sovereign wealth fund, will fill the position, after the bank announced Friday he had been named deputy secretary of the ICBC’s Communist Party committee.

The expected appointment will complement the leadership team of the Shanghai- and Hong Kong-listed ICBC, one of China’s five largest state-owned commercial banks, which now has Chen Siqing has chairman of its board and Gu Shu as its president. Just last week, ICBC announced the appointment of Liao Lin, a former vice president of China Construction Bank Corp, as a vice president.

With total assets of 30.4 trillion yuan ($4.3 trillion), ICBC’s net profit grew by 5.8% year-on-year in the third quarter to 83.8 billion yuan, accelerating from a 5% profit rise in the first half of the year despite the continued slowdown in the domestic economy, its latest quarterly report showed.Yang worked for China’s central bank for 26 years, during which time he served as deputy head of the State Administration of Foreign Exchange, the government’s foreign exchange regulator under the central bank, from 2015 to 2018. He was appointed to lead the supervisory board of CIC in July 2018.

He is not the first member of the ICBC leadership team to have come from CIC, as two of ICBC’s non-executive board members, Dong Shi and Ye Donghai, were both from Central Huijin Investment Ltd., a subsidiary company of CIC. Central Huijin is the largest shareholder in each of the four largest state-owned banks as well as other state-owned financial institutions, and so has the power to exercise the state’s rights and obligations. Dong still works for a subsidiary company of Central Huijin, with the salaries of both Dong and Ye paid by Huijin, not ICBC.

In Chinese banking governance, the role of the supervisory board chairman has been weakened in recent years. But, according to Chinese laws and regulations, the supervisory board chairman should supervise and inspect the banks’ operations and the behavior of its senior executives to ensure they do not abuse their power and endanger the rights and interests of the bank and its depositors.