World’s Most Famous Hedge Funds Battle for Recognition in China 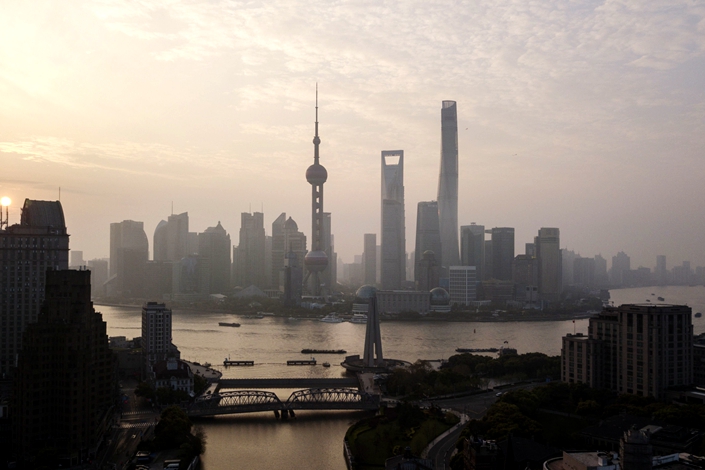 (Bloomberg) — Three years after China opened its 2.5 trillion yuan ($355 billion) hedge fund market to global asset managers, the industry is discovering just how hard it is to win over the country’s investors.

BlackRock Inc., Man Group PLC and 20 other foreign firms licensed to run Chinese hedge funds — or private securities funds, as they’re known locally — amassed around 5.8 billion yuan of assets as a group till August, according to data compiled by Shenzhen PaiPaiWang Investment & Management Co. The meager haul —amounting to 0.2% of hedge fund assets in China — reflects a host of challenges.

The limited name recognition is compounded by distribution hurdles. It all suggests a long wait before China turns into a meaningful source of profit for international money managers, which are desperate for new avenues of growth as clients in developed markets shift toward low-fee investments.

“Building a brand in China is definitely a challenge for some foreign players,” said Hersh Gandhi, Man Group’s managing director for Asia Pacific ex-Japan. “We’ve been thoughtful about the strategies we want to run and the market segments we want to be in, and have sized our operations accordingly.”

Man Group declined to comment on its assets and profitability in China. It, UBS and BlackRock oversee between 100 million yuan to 1 billion yuan each, according to ranges from PaiPaiWang, which tracks hedge funds in the country.

Excluding Winton puts the average for the rest at about 170 million yuan, 36% below the local mean, according to data from the Asset Management Association of China and Bloomberg calculations. Nine manage less than 100 million yuan, including Fullerton Fund Management Co. and Invesco, which both won licenses more than two years ago. Three, which have yet to launch a product or did so only recently, aren’t included in the calculation.

Invesco declined to comment on investment flows, saying in an e-mailed statement that the company is “committed” to its Chinese mainland business. Fullerton didn’t immediately reply to a request for comment.

Fund raising difficulties are common, according to Yan Hong, director of the China Hedge Fund Research Center at the Shanghai Advanced Institute of Finance.

Foreign managers probably can’t make much money managing less than 1 billion yuan, given the operational and compliance costs, he said. But big global players with deep pockets may view such initial difficulties as manageable while they wait for longer-term opportunities.

The task of building a presence was complicated by a rule change last year that blocked easy access to retail investors through securities firms and banks, forcing funds to go down a more costly path of chasing qualified individual investors.

Another stumbling block is the extreme bets some local managers are willing to make to produce the stunning returns known to draw Chinese investors.

China’s five-year champion among private stock funds — Shanghai Panyao Asset Management Ltd. —boasts a 515% cumulative return (the No. 2 fund is up 494%), according to PaiPaiWang. The top 10 performers among the largest local players had an average return of 37% in the first 10 months of 2019.

While comparable data for foreign funds isn’t available, BlackRock’s first product returned about 10.3% as of Nov. 15 since its inception in May 2018, a person familiar with the matter said, asking not to be identified because the fund can’t be promoted to investors other than institutions or qualified clients. That compares to an 8.6% decline in the Shanghai Composite Index during the period.

To be sure, the reputation global managers have for being more stable and disciplined is starting to attract high-net-worth clients, particularly those wary of irregularities and performance volatility among local funds.

UBS, which entered China in the 1990s and is among the largest foreign players in this space, launched its fifth product in July — a fund of hedge funds offering, where investors can put money into products managed by both local and foreign hedge funds in China.

The private funds unit has tapped into UBS’s existing distribution channels and leverages its wealth management clients, according to Adrian Chen, general manager of UBS Asset Management (Shanghai) Ltd. “The client base available now in China already presents us with a big market,” he said.

Kevin Wu, who works in Shanghai’s financial services industry, plowed 1 million yuan into a BlackRock product in August last year, diversifying his portfolio to try out a global player with a relatively low fee.

The investment has so far yielded about 15% after fees, beating local stock indexes but trailing returns of some of Wu’s own share holdings in companies like Ping An Insurance (Group) Co. and Jiangsu Hengrui Medicine Co., both of which jumped at least 40% over the period.

“It depends on your expectations,” the 42-year-old said by phone. “As long as they can yield around 12% a year, I can totally accept that.”

High returns remain a draw among most though, prompting a constant churn and defeating regulatory efforts to encourage longer-term horizons. China’s hedge fund investors hold for an average of six months compared with around four years globally, estimates from PaiPaiWang and Preqin Ltd. show.

The “velocity of money in and out” is high even by retail standards, said Man Group’s Gandhi. “Foreign players need to accept this as part of the local landscape.”

The foreign options available are also expanding as more funds are drawn in by the roughly 60 trillion yuan of investable assets China’s high-net-worth individuals hold. Many are also looking ahead as the Asian nation looks to unshackle its 14 trillion yuan mutual funds industry.

Five overseas companies have made inquiries with Fangda Partners about hiring the law firm to apply for a private securities fund management license, according to partner Ren Zhiyi, who has represented Bridgewater Associates LP in China. LLinks Law Offices, which advised BlackRock, has about the same number of clients making preparations, partner Sandra Lv said.

“This is a huge market with a lot of potential,” said Natasha Xie, a Shanghai-based partner with JunHe LLP, who says the number of registered foreign hedge funds may reach around 30 by the end of 2020.

Eastspring Investments, Prudential PLC’s asset management arm, registered as a private fund last year and is focusing on establishing a track record with its first product launched in April, said Bernard Teo, the head of corporate strategy. It took more than six months of interviewing for the firm to hire a local fund manager with the right mix of performance and risk controls, he said.

Teo may need to brave the industry’s talent crunch again as he weighs adding local multi-asset and quantitative teams. “You certainly need to have the patience for the long term,” he said.