By Lu Yutong and Zhou Meilin 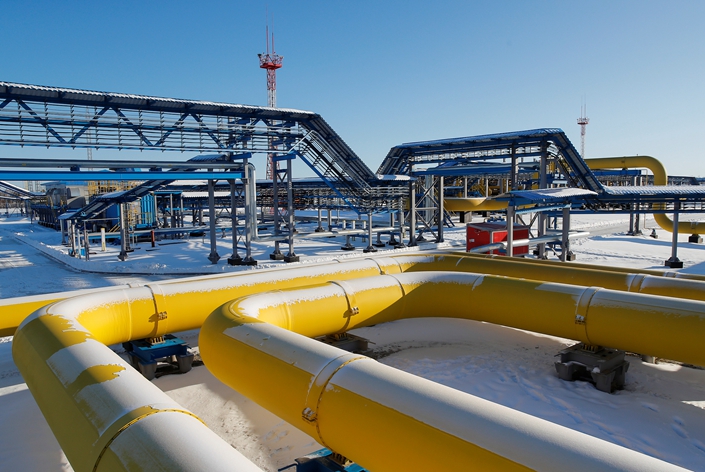 Gas began to flow Monday through the first part of a pipeline connecting the gas fields of Siberia to eastern China, in a project which by 2024 will carry some 38 billion cubic meters of the fossil fuel as far as Shanghai each year, according to China’s National Energy Administration.

By then the pipeline, which completed its first phase ahead of a launch ceremony this week, will stretch about 8,000 kilometers (4,970 miles) from Irkutsk in Siberia’s east all the way to Shanghai.

The project, which has significant geopolitical implications, comes as Russia increases energy exports to the world’s largest gas importer amid Western financial sanctions, and as Chinese central planners continue to aggressively promote a switch from coal to cleaner-burning natural gas to help ease some of the nation’s air pollution.

Known as the “Sino-Russia East Route” up to the Chinese border town of Heihe, where it crosses into Russia and becomes the “Power of Siberia,” the line is part of a $400 billion gas supply deal (link in Chinese) signed between China National Petroleum Corp. (CNPC) and Gazprom in Shanghai in 2014, after 20 years of negotiations followed a memorandum between Beijing and Moscow in 1994.

The 30-year contract had originally promised Russia would start pumping gas to China through the pipeline last year.

The project could help China’s National Development and Reform Commission, China’s top economic planner, meet a target of making natural gas 10% of the country’s energy mix by 2020, and 15% by 2030. China passed Japan as the world’s largest importer of natural gas last year, when it imported 125.35 billion cubic meters of the 276.6 billion it used, according (link in Chinese) to CNPC.

From Heihe, Heilongjiang, the eastern pipeline will eventually stretch through nine cities ending in Shanghai, and provide gas for more than 300 million residents of the Yangtze delta, the Bohai coast and northeast China. Authorities hope the 5 billion cubic meters it pumps into northern China over the next year will ease supply pressure in Beijing-Hebei-Tianjin area during winter heating season.

CNPC is not the only Chinese energy giant working on projects with Russia. China National Offshore Oil Corporation Ltd. and Sinopec are involved in projects in Russia including Yamal LNG and Arctic LNG2.