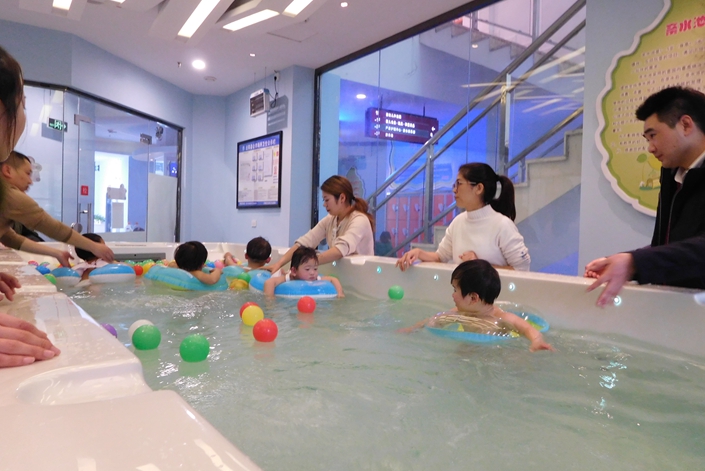 Recently, articles claiming China’s birthrate dropped dramatically this year have spread on social media. The articles report an unconfirmed figure that as of Nov. 17, a mere 10.16 million babies had been born in the country this year. With just over one month left in the year, this means that the total births for the year would be about 11 million.

Regardless of whether these articles are reporting facts or rumors, there is no doubt that the birth population in 2019 will be significantly down from last year. Unless China fully liberalizes and strongly encourages childbearing, this downward trend will continue.

For those who are accustomed to seeing a large population as a burden, this trend would appear to be a good thing. However, none of the reasons for a decreasing population can be proven beneficial with in-depth analysis. For example, some believe that reducing fertility will promote economic development. Yet empirical research shows the opposite — the long-term growth rate of GDP per capita is lower in regions with lower fertility rates.

The impact of fertility on economic development lags by about 20 years, roughly the time period needed for people to enter the workforce after birth. In the context of reform and opening-up, China’s rapid growth has benefited from the large number of people born between the 1960s and the early 1990s. They received an education, established families, and pursued a better life — the fundamental driving force for economic development. One of the factors behind the recent slowdown in China’s economic growth may well be the sharp decline in the number of births since the 1990s.

Will a smaller population improve quality of life? For example, will people have more space? It’s unlikely. The reason for urban congestion is not that China doesn’t have enough land, or even too many people. As the population’s size declines, it’s possible that people will continue to be concentrated in big cities. Japan’s population is shrinking, yet Tokyo’s population continues to grow.

If China’s population drops, Beijing and Shanghai may still be crowded, but the number of large cities will decline, which will limit the number of big cities available for people to choose. Airports and rail stations in the cities that shrink may be forced to close due to lack of passengers. Lower demand for housing will render newly-built residential areas useless. The latest design concepts and construction technologies will not match cities’ needs.

Some believe that the development of artificial intelligence (AI) will make population decline irrelevant, but in fact the opposite is true. In the era of artificial intelligence, population size is actually more important. A larger number of people can not only support a larger and more diverse market, but can also produce more human capital. At present, China and the United States are the most developed countries in AI, which can be attributed to the fact that these two countries have the most effective population needed for development of AI.

At China’s current fertility rate, or the average number of children born per woman each year, the country’s population will halve every 30 years. Even the government-set target fertility rate of 1.8 will not be enough to help China’s population rebound, as it is still far below the replacement rate of 2.1. To prevent catastrophe, China must increase its fertility above the replacement rate.

People over 60 years old account for just under half of China’s total population, and this proportion is set to increase. Boosting fertility to be above the replacement rate is the only way to alleviate the stressors of an aging population. We must immediately open up childbearing policies and encourage families to have more children. The population situation is getting so dire that there are no compelling reasons for delay. A strong population of young people means a strong China.

James Liang is the chairman and co-founder of online travel giant Ctrip. He is also a professor of economics at Peking University’s Guanghua School of Management. He is the author of “Too many people in China?” which analyzes the impact of aging on entrepreneurship and innovation.