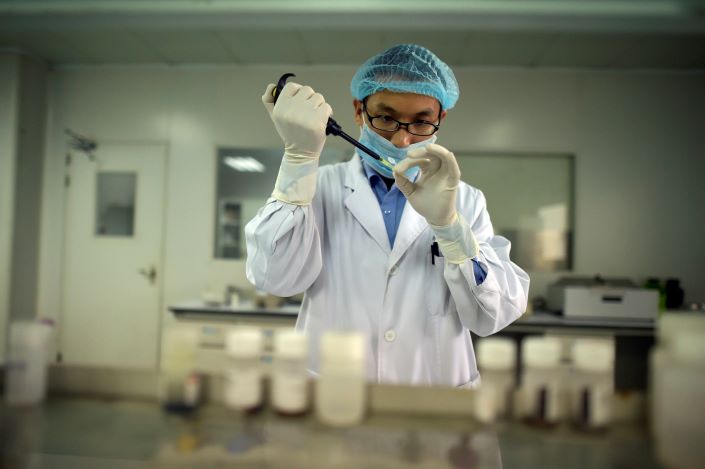 (Bloomberg) — Veritas Genetics, the DNA testing company known for bringing down the price of whole-genome sequencing, is suspending its U.S. operations after a financing crunch tied in part to concern over its Chinese backers.

The Danvers, Massachusetts-based company has cut all of its U.S. staff, which totaled about 50 people, said Chief Executive Officer Mirza Cifric. Operations in China, Latin America and Europe will continue.

“This outcome was unexpected and abrupt,” Cifric said.

Veritas was co-founded by the Harvard University geneticist George Church with the goal of making whole genome sequencing widespread and affordable, pricing the test at $599. Unlike companies such as 23andMe that analyze only a small fraction of a person’s DNA, Veritas sequences all 6.4 billion letters of a genome. The company has raised more than $50 million in venture funding, according to Crunchbase.

That money, however, was running out. Veritas said in a statement on Twitter Thursday that it had “an unexpected adverse financing situation” that led to the shutdown. The company had been in talks for months for additional funding without lining up more investors, according to a person with knowledge of the matter.

Part of the trouble was that Veritas has several backers based in China, and investors were wary of the company’s links to the country in light of recent Trump administration efforts to block Chinese investment in U.S. firms, said the person, who asked not to be named because the details are private.

Earlier this year, the company PatientsLikeMe was forced to find a U.S. buyer after the Committee on Foreign Investment in the United States ordered its Chinese owner to divest its stake. Veritas’s China-based investors include TrustBridge Partners, Simcere Pharmaceutical and Lilly Asia Ventures.

“We’re seeking every and any possibility to continue our mission,” Cifric said Thursday.