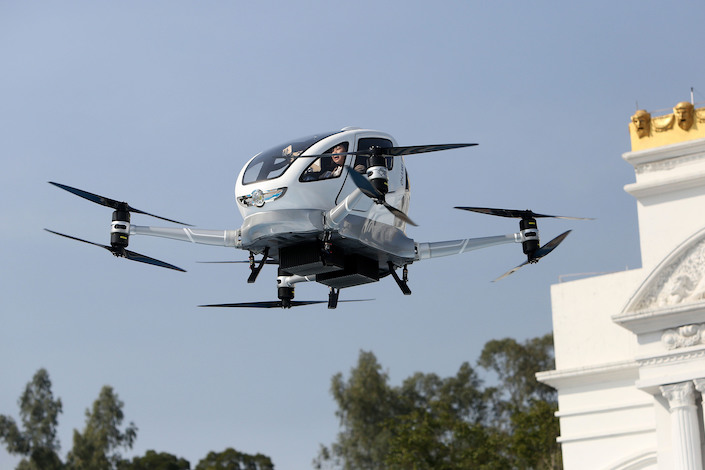 Chinese autonomous aerial vehicle maker EHang Holdings Ltd. cut the size of its planned U.S. listing by more than half, setting a target of $46.4 million.

According to an updated prospectus filed with the U.S. Securities and Exchange Commission Thursday, the Chinese drone maker plans to sell 3.2 million American depositary receipts (ADRs) at a price between $12.50 and $14.50 apiece. Each ADR will represent two ordinary shares of the company.

The Guangzhou-based company, which produces drones that can ferry one or two passengers at a time, originally targeted raising about $100 million in the offering, according to its initial prospectus released in early November. The downsizing reflects the relatively lukewarm reception that many Chinese tech listings are getting recently.

Major investment banks including Morgan Stanley and Credit Suisse as well as Chinese online brokerage Tiger Brokers are helping to underwrite the deal.

Pre-profit EHang sees nearly 73% of its revenue coming from producing aerial vehicles carrying passengers or cargo. As of the end of September, EHang reported a 47.8 million yuan ($6.8 million) loss this year.

As of Thursday, the company has delivered 38 air taxis that can carry human passengers, mostly for experimental, instructional and demonstration purposes. It has signed orders for 48 more that haven’t been completed, according to the latest prospectus.

Money raised from the listing will be used to expand production capacity, fund research and development and supplement operational capital, EHang said.