By Matthew Walsh and Jiang Zhiyu 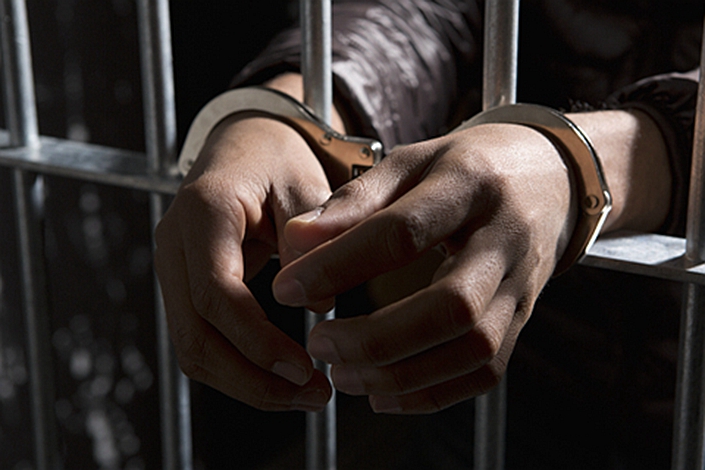 A Anhui province man has been executed after 17 years on the run for killing three officials. Photo: VCG

China has executed a man who nearly two decades ago killed three officials as they prepared to forcibly sterilize his wife to meet targets under the country’s now-scrapped family planning initiative known to many as the “one-child policy.”

Wang Changsheng, of Suixi county in the eastern province of Anhui, was put to death on Dec. 4, the Intermediate People’s Court of Huaibei, the city which administers Suixi, announced (link in Chinese) last week.

In 2000, Wang beat three rural officials to death with a hammer as they drove him and his wife, surnamed Li, to arrange a “family planning operation” — a commonly used euphemism for sterilization surgery — following the birth of their second child. Wang then absconded from justice for 17 years until he was arrested in 2017 and convicted the following year.

The case is a reminder that the effects of China’s decades-long family planning policies continue to haunt the country long after their abolition. In 2016, the government junked all remaining regulations limiting couples to one child and replaced them with a universal two-child policy.

On April 13, 2000, four Suixi government officials discovered Wang and Li residing at Li’s father’s home in the village of Miaotai after giving birth to her second child, giving the couple two daughters.

At the time, though family planning policies permitted rural couples to have a second child if the first was a daughter, it was common for officials in that part of Anhui to preemptively sterilize a woman after she had her second child.

Wang and Li agreed to be driven in a truck to the local county town, where Li would undergo sterilization. Wang took a back-row seat in the truck, behind the four officials, who sat in the middle row.

During the drive, Wang removed an iron hammer from his bag and began striking at the heads of the four men. One of the officials, surnamed Liang, was able to climb into the front of the truck, force the driver to stop, and escape along with the driver. They survived, but Wang continued to assail the other three men, surnamed Gao, Lu and Wang, the latter of whom was not related to the attacker.

Wang Changsheng then fled the scene. A coroner later ruled that all three of his victims died of injuries relating to blunt force trauma to the head.

Despite searching extensively and issuing China’s highest-level warrant for his arrest, Wang evaded police capture for more than 17 years. In his confession, he stated that he changed his name to Li Wei and spent the intervening years meandering through various parts of southern and eastern China. During that period, he was convicted of theft four times and even served jail time under his assumed name.

Wang’s luck finally ran out in July 2017 when Suixi public security officials found that the appearance of “Li Wei” was an almost exact match for the culprit of the murders in 2000. That month, Huaibei police had formed a special taskforce dedicated to catching Wang.

In July last year, the court convicted him of deliberate homicide and sentenced him to death, a decision that was upheld following an appeal. The families of Wang’s three victims each received 31,640 yuan ($4,498) in compensation.

While Wang’s case is an extreme example of retaliation against family planning policies, it illuminates how the country’s grand experiment in population control continues to have repercussions years after it ended in its most draconian form.

The government introduced the one-child policy in 1979 to curb fears of overpopulation, and later partially relaxed restrictions to allow rural couples and some others to have two children.

Nonetheless, many families hoping to have more children often took steps to conceal illicit pregnancies from the authorities, often by returning to their hometowns and lying low until the babies were born, Shi Lihong, an associate professor of anthropology at Case Western University in the United States, told Caixin in a written interview.

Women who were caught hiding unauthorized pregnancies were sometimes subjected to forced abortions despite central government guidelines forbidding such coercive measures, Shi said. “Local authorities sometimes resorted to this to meet family planning targets, while couples who gave birth to unauthorized children had to pay a penalty to obtain legal household registration for them,” she added.

The policy has been linked to a litany of other abuses, including forced contraception, child abandonment and infanticide. Demographers say it also exacerbated China’s skewed sex ratio: The country has an estimated 106.3 men for every 100 women, according to UN population figures.

China formally lifted all remaining barriers limiting couples to one child in 2016, following years of gradual relaxations. The government claims the policy prevented 400 million “excess” births during its 36-year lifetime, but experts have expressed doubt at that figure.

Now, families are allowed to have two children, something the government is keen to encourage amid fears that the country will struggle to deal with a rapidly graying — some even say declining — population. China’s birth rate is currently at “sub-replacement” level, meaning new generations are less populous than those that preceded them.

Some experts say the two-child rule doesn’t go far enough. “I believe families should have the right to choose how many children they want,” He Yafu, one of China’s foremost population experts, told Caixin Global. “At the same time, the government should make policies that lighten the burden of child-raising for couples old enough to have kids.”

But decades of control may also have irrevocably changed social attitudes toward childbirth and family. Kids born under the one-child policy “never had the experience of communicating, sharing, competing with, and caring for their siblings,” He said. Although families can now have two children, “many couples give up plans for a second kid because of high financial pressure or because they both work, so the country’s fertility rate has actually dropped below expectations in the last few years,” he added.

Meanwhile, parts of Chinese society are still processing the trauma of the one-child years, He said. “It’s been especially hard on so-called ‘shidu’ families — those who had their one child only to see them die. If that tragedy befell the parents after they lost the ability to conceive, then those people have to see out the rest of their lives without children.”

“The grief of shidu parents is exacerbated by their anxiety at the prospect of spending their old age without financial and emotional support from a child,” Shi added.