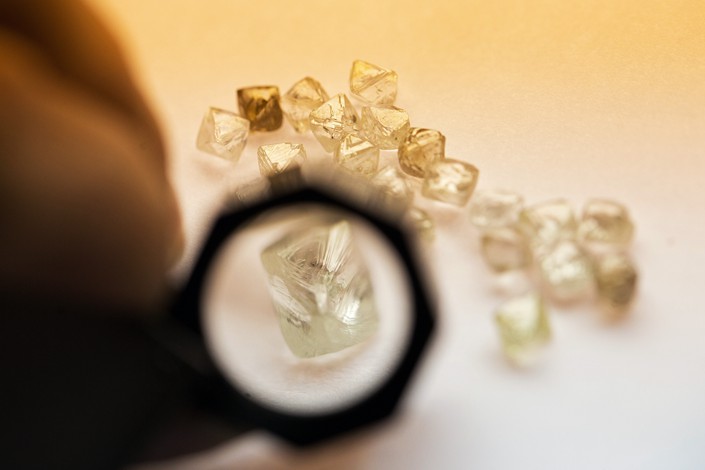 Russian diamond producer Alrosa is working with U.K.-based tech firm Everledger and Chinese internet giant Tencent to launch a mini program on WeChat, which will enable more transparent and safer diamond purchases thanks to the power of blockchain technology.

The mini program will allow retailers and consumers to track diamonds’ origin, check the stones’ characteristics and certification as well as verify their ownership through Everledger’s blockchain platform, the Russian diamond firm said in a statement.

The trilateral tie-up is an effort by Alrosa to strengthen its sales in China. Blockchain technology is already used in China in such areas as tax invoicing and supply chain finance.

WeChat is China’s most popular social media platform with 1.15 billion monthly active users, and its mini programs are increasingly used by merchants to sell their products. A mini program is different from an app as it allows users to directly and instantly use it on the WeChat platform without a separate download from an app store.

In September, Tencent was a major investor in Everledger’s series A funding which raised $20 million. The tech startup began as a platform using blockchain technology to verify the authenticity of diamonds.