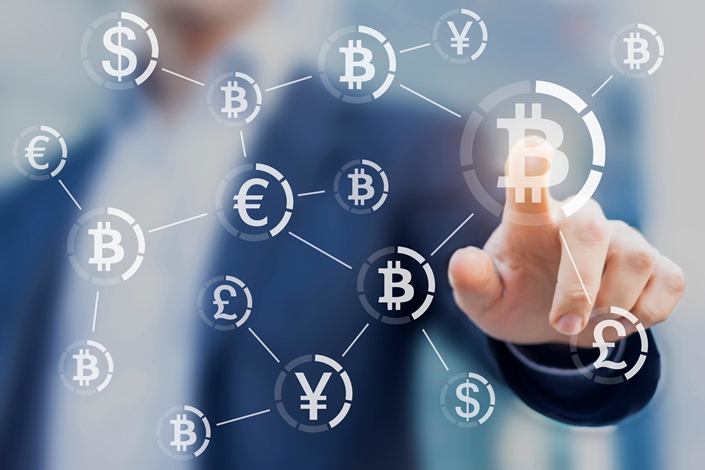 President Xi Jinping has called for Blockchain technology to be used for “the trans-department and trans-regional maintenance and utilization of government services data.” Photo: IC Photo

President Xi Jinping has urged the country to do more to develop the technology and underscored its importance for innovation and industrial transformation, the state-run Xinhua News Agency reported on Oct. 25.

Despite this endorsement at the highest level, blockchain is still in its early days in China, with its technology, policies, talent, infrastructure, as well as legal and regulatory frameworks all lagging behind.

Blockchain, a type of distributed ledger technology, is a digital system that allows information to be simultaneously recorded in multiple places. It’s built on a combination of existing technologies, including cryptography and peer-to-peer networks, and can facilitate decentralized digital relationships.

Many believe the first application of blockchain was originally proposed in 2008 by Satoshi Nakamoto, the pseudonymous inventor (or inventors) of bitcoin, which launched in January 2009. Nakamoto described the digital currency as allowing “online payments to be sent directly from one party to another without going through a financial institution.”

Blockchain, however, potentially has many other uses. Given its record-keeping nature, it is good for inter-organizational data management. Also, suppliers can use blockchain technology to ensure the traceability of product origins.

In recent years, China has repeatedly signaled its interest in the technology. In 2016, the State Council, China’s cabinet, described blockchain as a strategic advanced technology. The next year, it stressed the importance of deploying pilot applications powered by blockchain. Also in 2017, the State Council mentioned in a document on the supply chain industry that blockchain can be used to build a credit evaluation mechanism.

Nonetheless, industry insiders have warned of potential risks, especially given the ability of official endorsements to spark market frenzy. “We hope the authorities’ attention can really boost the industry’s development of blockchain and its applications, and will not lead to an ‘extravaganza’ of speculators and swindlers,” the CEO of a major internet firm who preferred not to be named told Caixin.

Years ago China saw a frenzy of initial coin offerings (ICOs) that grew out of control and triggered a regulatory crackdown. ICOs raise funds by issuing new cryptocurrencies that entitle investors to future benefits such as goods and services offered by the issuer. Unlike initial public offerings of stocks, ICOs were not subjected to audits and regulatory reviews.

In September 2017, China banned all ICO activities, declaring them a form of illegal fundraising, and shut local cryptocurrency platforms that facilitated them. Major exchanges based in China then had to move overseas. The authorities also said last year that speculation, market manipulation and violations of regulations were common in the cryptocurrency sector.

Despite this crackdown on cryptocurrencies, blockchain could find applications in China for things like supply chain finance and sharing data among government agencies.

Many believe that supply chain finance is an area that blockchain can come in handy. The lack of information sharing in the area makes it hard for small and midsize companies to get funding from banks, as they struggle to verify their trading relationships under the current banking risk control mechanism, according to a report (link in Chinese) released by the China Academy of Information and Communications Technology, a state research institute.

Blockchain, in this case, can be used to share information covering multiple layers of suppliers. However, concerns like data privacy protection, cost of construction and the lagging of regulatory policies would emerge and need to be dealt with.

In addition, information sharing among government bodies could be a suitable application for blockchain, with Xinhua citing President Xi as calling for the technology to be used for “the trans-department and trans-regional maintenance and utilization of government services data.”

At present, official bodies have inconsistent databases as well as issues around accountability. Blockchain can form a simultaneous information-sharing network that can easily resolve such problems. However, a blockchain business manager at a major internet company told Caixin that achieving this will be difficult for government agencies as many of them haven’t even converted their data into a digital format.