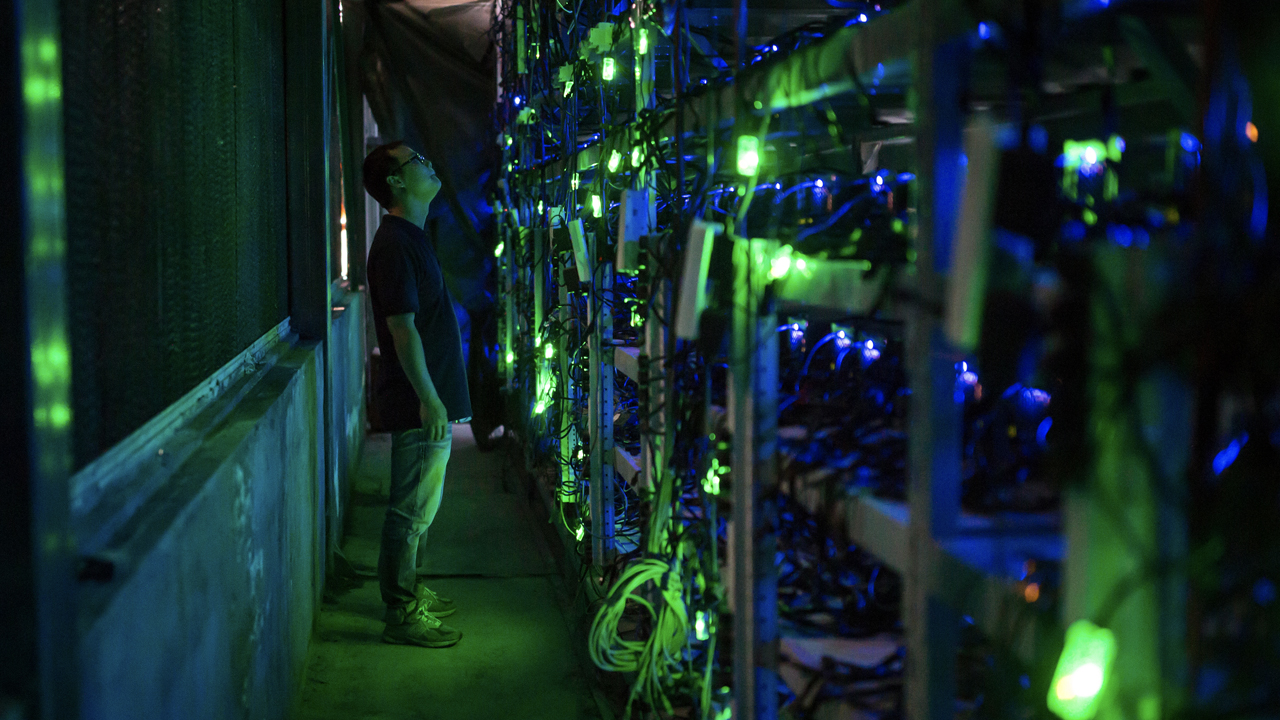 As the price of bitcoin surged past $6,300 to a new high in late October, many Chinese investors were left watching from the sidelines.

Domestic exchanges had either shuttered or were in the process of winding down their respective yuan-based businesses. Companies were also barred from raising funds by issuing new cryptocurrencies.

How quickly things had changed.

From late 2013 to this past January, the vast majority of bitcoin trades were conducted in Chinese yuan. The yuan trades often reached 95% to 99%, according to data provider CryptoCompare, although this dropped to 10% to 15% after Chinese exchanges introduced transaction fees in January.

But the freewheeling nature of cryptocurrency didn’t sit well with the Chinese government.

The very traits endearing these digital currencies to their fans — decentralization, meaning no need for central banks; disruption of the status quo; and anonymity — unsettled Chinese regulators. These were doorways to trouble, such as capital flight and money laundering, the government determined. In one high-profile case, police said scammers amassed $1.82 billion through a pyramid scheme that advertised its product as the cryptocurrency of the future.

But even as the Chinese government shook the cryptocurrency world, it signaled it will remain a key player in the unfolding story of digital money. China is exploring uses for the underlying technology known as blockchain, such as in logistics and contracts, as well as in its own digital currency.

A big move in a big market

On Sept. 4, the People’s Bank of China (PBOC) and six other regulatory agencies issued a joint statement declaring that ICOs are a form of illegal fundraising. ICOs were “giving rise to speculation and inviting suspicion of illegal financial activities. These activities have disrupted the economic and financial order,” the regulators said. Government source document

The death knell was heard days before: One of China’s largest ICO platforms announced it was suspending its business, and a blockchain conference slated for Sept. 3 was called off at the last minute. Only 0.1% of cryptocurrency assets have value Li Xiaolai, Entrepreneur

“ICOs target a small group of sophisticated investors in international markets. But in China, it has become a way to circumvent supervision and raise funds illegally from the wider public,” a regulatory source told Caixin, emphasizing that the ICO ban is permanent.

ICOs raise funds by issuing new cryptocurrencies that entitle investors to future benefits such as goods and services offered by the issuer. Unlike initial public offerings of stocks, ICOs are not subjected to audits and regulatory reviews.

And that worried Beijing.

“ICOs allow companies to skip a lot of intermediaries. It’s like going from day one to being listed,” said Da Hongfei, founder of NEO, one of China’s most popular ICOs. The cryptocurrency saw its value surge more than 200 percent within a year to reach a market capitalization exceeding $1.8 billion.

Only 0.1% of cryptocurrency assets worldwide have value or are recognized by the market, said Li Xiaolai, the entrepreneur behind PressOne, a content-distribution platform that raised 520 million yuan ($78.2 million) in July, making it the largest ICO in China. Li said ICO participants should recognize that the risk is huge, but “unfortunately, the majority of investors care only about rumors of 10 times, 50 times, 100 times returns.”

“Blockchain technology requires technical knowledge beyond the grasp of an average investor. These investors are not able to analyze the feasibility of a project and thus have to rely on what the issuer says,” warned Wang Suzheng, deputy secretary general of the Payment & Clearing Association of China, during a September industry conference.

Before the government pulled the plug, 105,000 investors in China purchased 2.6 billion yuan worth of new cryptocurrencies through 65 ICOs as of July 18, according to a study by the National Committee of Experts on Internet Financial Security Technology, a Chinese-government-backed industry organization.

Despite the headache cryptocurrencies have created for regulators, China’s government has thrown its weight behind the blockchain technology that supports the digital money.

The first state-funded blockchain laboratory was opened in late September. Launched by the China Academy of Information and Communications Technology, a research institution under the Ministry of Industry and Information Technology, the Trusted Blockchain Open Lab will provide a platform for private companies to experiment with noncurrency uses of the encryption technology. Crackdown on cryptocurrency should not deter development of blockchain technology Sun Guofeng, PBOC finance research institute

Blockchain gets rid of the need for a central authority or a trusted third party by verifying and recording transactions through a network of computers. Once a block of information is verified and connected to previous ones, it becomes a permanent record that is impossible to change.

Shenzhen-based Bankledger has been designing blockchain systems since 2013. A Xiamen-based bank uses its blockchain system to sign contracts with its clients. Blockchains allow both the bank and the client to see modifications the other party makes during the negotiation process, and ensure that the contracts cannot be tampered with once they are signed.

Other applications in politics are expected as well, such as when officials vote on whether to go ahead with a project, said Shentu Qingchun, CEO of Bankledger. The technology would eliminate the need for recounts, and because each account is connected to a string of numbers, the votes can remain anonymous, he said.

Bankledger has already created a platform on which voters can cast ballots and see their own vote. The system has been adopted by a media company that wants to make the voting results transparent to users while ensuring each individual account votes only once. 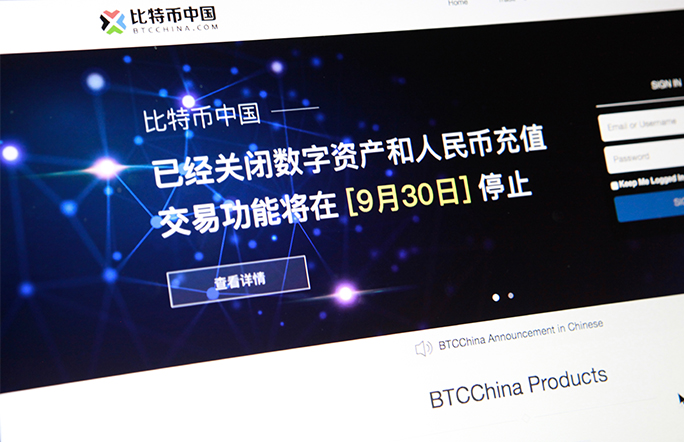 Despite its crackdown on cryptocurrency, China’s central bank continues to develop its own digital currency, joining the Bank of England and other central banks, including those of Sweden, Canada and Singapore.

The PBOC began exploring a central bank-backed digital currency that would have the same legal status as the yuan, as early as 2014. This May, the central bank established a Digital Currency Research Institute. While the government hasn’t released details, it put out a recruitment ad seeking people with expertise in encryption, blockchain technology and big data.

A well-designed digital fiat currency could reduce fraud and breaches in financial transactions, said Yao Qian, director of the Digital Currency Research Institute at the PBOC, during a recent conference.

While encryption is key to the security of a digital currency, it does not however have to be based on blockchain technology, Yao said during a standard setting meeting for digital fiat currency in mid-October.

Research into the theoretical basis of encrypted currencies and experiment results have created a useful reference for a central-banked issued digital coin, Yao said.

China’s regulatory crackdown led to a temporary drop in the price of bitcoin, but the cryptocurrency that spawned the entire industry has since marched to a new record, climbing above the $6,300 mark from just under $1,000 earlier this year.

Bitcoin still accounts for nearly 60% of the entire cryptocurrency market by value, according to statistics compiled by CoinMarketCap.

The market capitalization of all cryptocurrencies hit $180 billion on Oct. 31, according to CoinMarketCap.com. That is more than 10 times the amount at the beginning of the year.

There is solid logic behind cryptocurrencies, said Henry Cao, chair of the Finance Department at the Cheung Kong Graduate School of Business.

“The core innovation of blockchain technology is to build trust, and that can be used in many innovations in the financial market,” he said.

As China has shut its doors, business flowed to other countries.

Japan is now the world’s largest bitcoin exchange market, with more than 50% of world volume being traded in Japanese yen, according to CryptoCompare, which tracks a series of cryptocurrency prices.

The proportion of bitcoin trades using Chinese yuan dropped from around 10% in early September to 1% in recent days.

Taking a different path to China, Japan has one of the world’s most progressive policies on cryptocurrencies. On April 1, Japanese regulators recognized bitcoin and other cryptocurrencies as a valid form of payment, and in September, started to officially license bitcoin exchanges.

It is natural that much of the business in China has moved to countries such as Japan, said Yang Dong, vice dean of Renmin University’s School of Law. Japan provides a good legal environment and has the technical personnel, he said. This is not entirely bad for China in the long run, as the country can still build up experience and technical expertise by continuing to develop projects abroad, Yang said.” Hear more about cryptocurrency curbs from Yang Dong, Renmin University School of Law (in Mandarin Chinese) 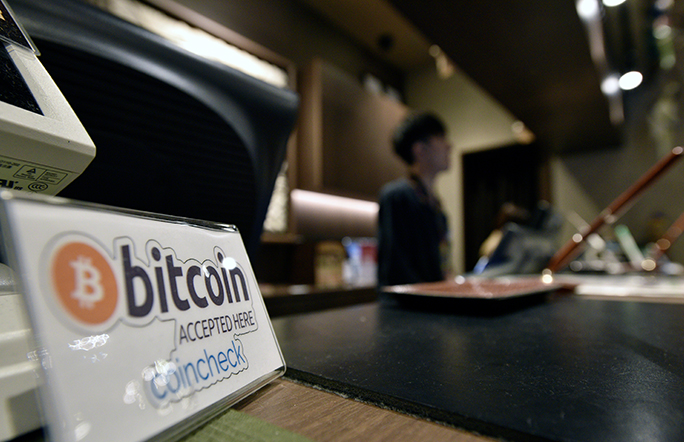 A bitcoin sign is seen at the reception desk of the Anshin Oyado Shinjuku Ekimae capsule hotel in Tokyo on July 3. Japan was one the first countries to recognize bitcoin and other cryptocurrencies as legal tender. A growing number of businesses such as hotels, utilities and restaurants are starting to accept the digital currency. Photo: Visual China

Exchanges are still operating in Hong Kong, although some ICOs may fall under securities laws.

In China, a comparably small amount of buying and selling of cryptocurrencies continues through peer-to-peer networks. And Chinese investors can also open accounts overseas and purchase bitcoin, within capital-control limits.

Ultimately, cryptocurrency trading is a global phenomenon, said a Beijing-based lawyer advising clients on their ICO strategy, as unless the internet is shut down, it is hard to eliminate trading activities.