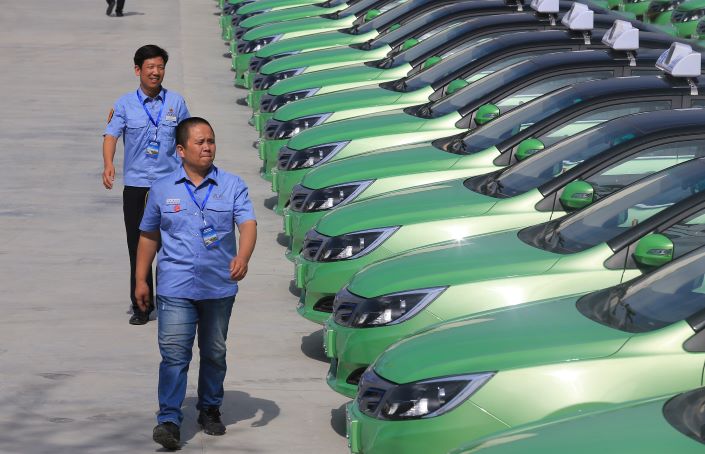 (Bloomberg) — Panasonic and BYD saw sharp declines in sales of electrified-vehicle batteries in October as demand weakened in the U.S. and China, SNE Research said.

Slumping electric-car demand in China is pulling down the global market and weighing on battery purchases by automakers. Sales of new energy vehicles, which includes electric cars, plug-in hybrids and fuel-cell autos, have declined for five consecutive months in China after the government scaled back subsidies.

“There are growing concerns about the global battery market as demand in the U.S. and China are expected to remain weak for the time being,” SNE Research said in a statement.