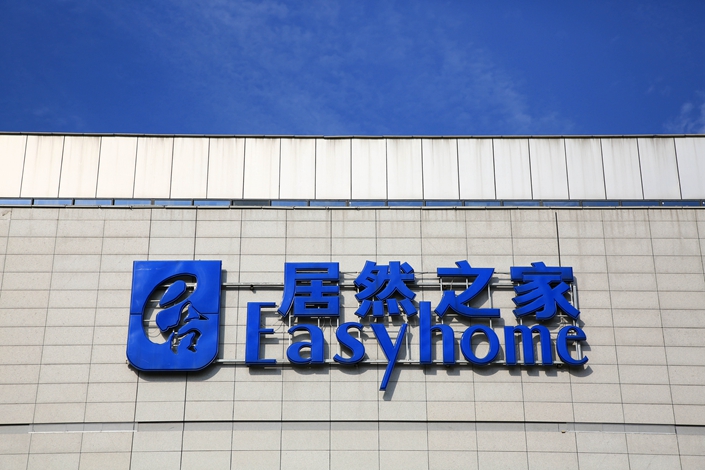 A home improvement chain backed by e-commerce giant Alibaba has made a backdoor listing in China, even as it faces strong headwinds from online shopping rivals.

Alibaba paid 5.45 billion yuan ($780 million) for 15% of Beijing Easyhome Furnishing Chain Store Group Co. Ltd. two years ago at the height of an investment binge in traditional retailers as part of its “new retailing” strategy combining online and offline shopping. Since then, however, Easyhome’s core retailing business has struggled due to the challenge from online competition that offers more selection, convenient deliveries and often better prices.

Easyhome is selling itself to the Shenzhen-listed Wuhan Zhongshang Commercial Group Co. Ltd., which announced on Thursday (link in Chinese) it was changing its name to Easyhome. As part of the deal, Wuhan Zhongshang agreed to give Easyhome’s shareholders its stock priced at 6.18 yuan per share, giving the total purchase a value of 35.65 billion yuan. The publicly-traded company’s current market value now stands at about 62 billion yuan, following a 1.5% decline to 10.31 yuan in Friday trade.

Easyhome was established in 1999, and has focused in recent years on opening home improvement stores in China’s smaller third- and fourth-tier cities. At end of March, it had 290 stores, including 86 directly owned and 204 franchised. Directly owned stores accounted for 90% of its revenue. Since the Alibaba investment in early 2018, the chain has also been using the e-commerce giant’s big data capabilities to expand its business scope.

Its profit totaled 1.13 billion yuan in 2017 and 1.96 billion in 2018. But the big majority of its business now comes from rental management services. Its more familiar sales of home improvement and other products and services accounted for a much smaller portion, and that part of the business shrank last year and is expected to shrink further this year, the company estimated.

The company and rival brick-and-mortar retailing rival Red Star Macalline Group Corp. Ltd. could have difficulty adding customers in the near-term due to the rise of e-commerce and shunning of traditional home furnishing stores by consumers, Huatai Securities wrote in a research note. That could force them to experiment more with new retailing formulas that combine elements of online and offline shopping, the note added.