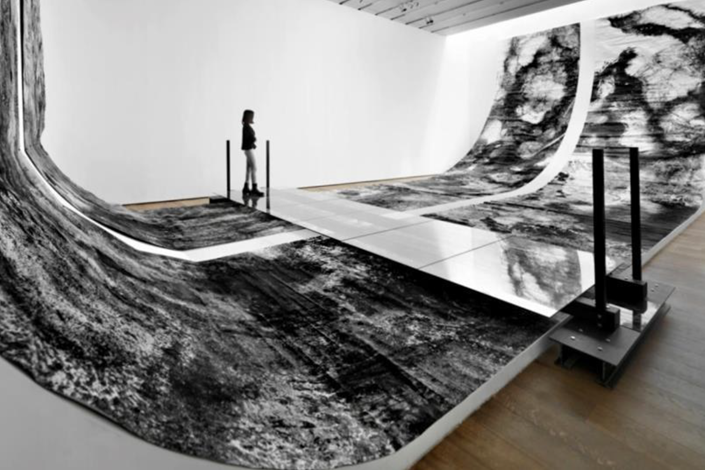 The autumn season has long been perceived as season of harvest and this is particularly true in recent years as auction houses, arts galleries and arts fairs are all busy in shaping events, forming the market and cultivating each other’s collector communities.

As more and more local affluent urban dwellers have captured the growth of value while adding gold bars and jewelry to their possessions, collections of artworks are seen as a bulletproof investment amid all the bad economic news, fears arising from geopolitical tension, trade wars and so forth. According to The Art Basel and UBS Global Art Market Report 2019, the sales of artwork in China counted for 19% of global art sales of $67.4 billion in 2018, a three percentage point decline from the previous year. China is now back to being the third-largest art market next to U.S., which accounts for 44% of the total, and the U.K., which accounts for 21%. Still, China, according to the report, requires a large collector base.

To create a collector base, arts education has become crucial, not only to foster a new breed of millennial collectors, but also to build the aesthetic ability of these young people in telling what is good, bad and ugly in an ever-changing world. Trust can only be built based on one’s aesthetic ability.

Bingyi, a Chinese artist, curator, scholar and architectural designer is perhaps one of the few who started her career upon returning to China a decade ago as an educator and advocate, reminding people around her that to build up one’s ability and to make aesthetic judgments is pivotal to building one’s integrity and a better environment.

Bingyi obtained her M.A. and doctorate in art history from Yale, before establishing her first privately owned school known as Lizard Institute. According to Bingyi, the two characters in the institute’s Chinese name are “distill” and “thinking.” The curriculum was designed to engage students in critical and creative thinking through studies of different artworks and perspectives through the eyes of artists, arts critics, and professionals whose work is related to critical and creative thinking, such as people working in art, dance, filmmaking and media. The two-week course, commencing at different times of the year, provides students with workshops where they work with artists and experts experimenting and creating artwork, be it sculpture, drama, or dance.

Located in a traditional Qing Dynasty courtyard close to Beijing’s Andingmen neighborhood, the main mansion serves as classroom as well as guestroom; a side mansion as workshop, or kitchen of the mind; plus a real kitchen to show Bingyi’s affection toward the culinary arts. There is also an exquisite one-room gallery with her students’ work. In this sense, Lizard Institute is like a distillery, where a student comes in like grain and after being fermented and distilled, goes out as quality whiskey. In the past five years, more than 80 students have been trained at Lizard Institute.

A normal day of classes begins at 9 a.m. Until 11 a.m., a guest tutor talks about what they think critical thinking means. As soon as the morning lecture finishes, students will break into discussion groups and talk about what they have learned. Lunch is from noon to 1 p.m. In the afternoon, students will be invited into a workshop session where they normally spend the entire afternoon creating a subject according to the plan they prepared, being it a plan to film a video on insects, or a body movement show, or something they can relate to after learning about creative thinking.

When asked what the most impressive thing is one gets from the Lizard Institute, Yang Yijia, a M.A student in art history at Columbia University, who also attended the June-to-July session, said; “It’s all about opening up to critical and creative thinking — something one could only rarely experience in an existing learning institution. It’s a unique and effective way to open the boxes one has due to his or her education or professional background.”

She also mentioned that the Lizard Institute is free, though added that it has a strict application process.

Yijia’s 10 classmates are from all different backgrounds, mostly graduate students, of economics and social sciences. Some are entrepreneurs or media professionals. Up until now, the funding for the Lizard Institute all comes from Bingyi.

Bingyi’s work has been well received by artists and collectors in China and in the U.S., most of whom are classic Sinologists or collectors of classical Chinese paintings.

When asked what brings her satisfaction, Bingyi said the ultimate sense of satisfaction is to see that through her work she could facilitate change in individuals seeking to build up their aesthetic ability so that they can create, share and give back. The Lizard Institute is perhaps a model to build up one’s values, provide opportunities to experience the power of change, enhance one’s ability to adapt to change, and to expand knowledge by going beyond boundaries.

Once you feel you have been changed, you will feel it’s a lot easier to change others, thus making the world a better place. It sounds cliché. However, artists believe their best contribution to the world is to change it for the better.