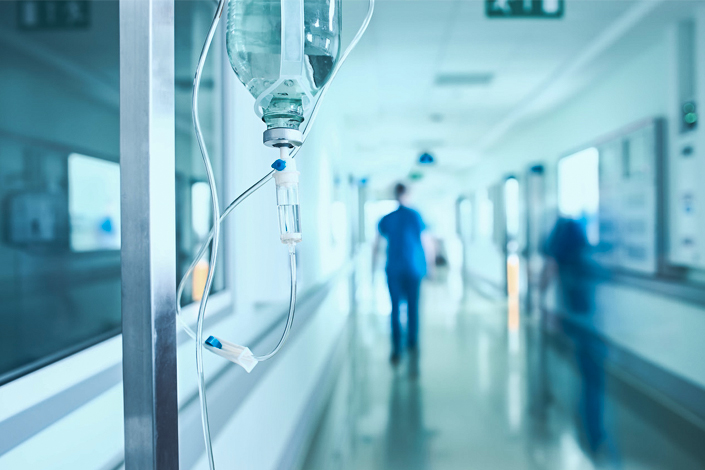 Yang Wen reported to hospital administrators that the family had threatened her, Caixin has learned.

The brutal killing of a doctor by a patient’s relative at a Beijing hospital has caused a public uproar, once again raising concerns about the safety of medical professionals amid renewed calls to reform the country’s rigid hospital evaluation system.

Yang Wen, who worked at Beijing Civil Aviation General Hospital’s emergency ward, was pronounced dead early Wednesday, hours after she was attacked by a patient’s relative.

Sun Wenbin, 55, whose mother was being treated at the hospital, has been charged with murder, according to local prosecutors.

Sun and his relatives were upset about what they perceived as the hospital’s inadequate treatment of his 95-year-old mother, who was admitted to the Beijing hospital on Dec. 4. The family had refused to let the patient be examined, asking only to get her on a IV drip, according to an online post written by one of Yang’s colleagues. However, when the woman’s condition did not improve, they blamed Yang.

After some persuasion, the family agreed to an examination of Sun’s mother. But they again blamed Yang when they were told that the patient had an infection and was suffering from a series of complications, including heart failure. “The family repeatedly argued with hospital staff, blaming doctors for any change in the patient’s condition,” Yang’s colleague wrote.

Yang later reported to hospital administrators that the family had threatened her, Caixin has learned.

Video footage that was widely spread online showed that Yang was brutally stabbed to death by a man who appeared to be Sun.

On Dec. 28, the Standing Committee of the National People’s Congress, China’s legislature, passed a law that aims to prevent violence against health care workers. The law, which takes effect on June 1, “bans any organization or individual from threatening or harming the personal safety or dignity of a medical worker.”

The case has also revealed the flaws in China’s current hospital evaluation system. In this case, a major point of dispute between the family and the hospital was that the family had asked to transfer the 95-year-old patent to an inpatient ward, but this request was refused. The hospital rejected the request on the grounds that the inpatient ward didn’t have the emergency equipment necessary to treat the patient.

The family had accused the hospital of deliberately saddling them with debt because the medical charges for emergency treatment are not covered under China’s medical insurance system.

Hospitals sometimes try to avoid admitting elderly people to inpatient wards, according to another hospital employee, who is familiar with China’s medial policy. That’s because elderly patients are at a higher risk of dying. And under China’s current hospital evaluation system, medical institutions can be punished for having high inpatient death rates, the employee explained.