One of China’s Biggest Worries for 2020 Is Pork 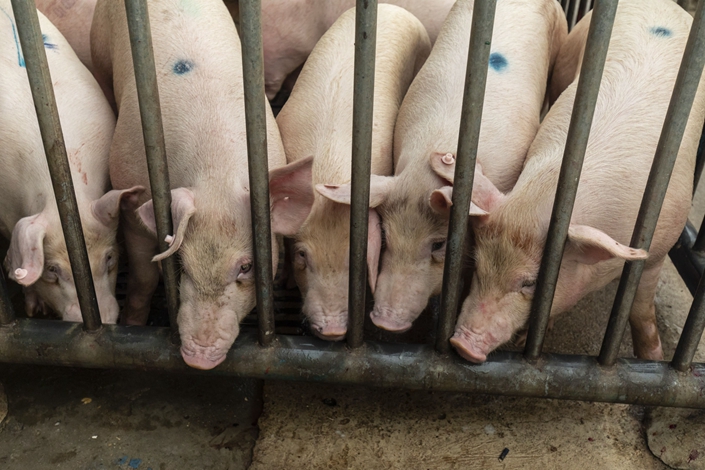 Consumer inflation rose at the fastest pace since 2012 in November, due largely to the rising cost of pork and other food staples. Photo: Bloomberg

(Bloomberg) — While many around the world were preparing to usher in 2020 with champagne and fireworks, some of China’s senior-most officials were busy on inspection tours that revealed one of the their biggest worries for the new year: pork.

“Groceries are a matter linked to tens of thousands of household’s livelihoods and thus party committees and governments at all levels are duty-bound to ensure market supply,” Li Hongzhong said during a market visit on the first morning of the new year, the Tianjin Daily reported Thursday. Li urged local officials to strengthen price monitoring, and stabilize the price of pork and other agricultural products ahead of Lunar New Year feasts in late January.

The price of pork — propelled upwards because of a swine fever epidemic — has become a keen focus for Chinese leaders as the country heads into the festive season. Consumer inflation rose at the fastest pace since 2012 in November, due largely to the rising cost of pork and other food staples, becoming a possible source of discontent.

The issue is one of several perceived political risks that have led the ruling party to increase scrutiny on local officials. The party is also carrying out a reshuffle of local governments on a rare scale, appointing at least 32 mayoral-level officials since Dec. 21.

Pork prices rose so quickly in the second half of 2019 they became a meme, with some internet users circulating photos of a pork belly necklace as the latest way to show off wealth. The Chinese government has rolled out a flurry of policies to slow the trend, from importing record amounts to restoring hog production.

On New Year’s Eve, the country announced that it would auction off frozen pork from state reserves Friday. Such moves have helped slow the pace of increases and some economists say that CPI will peak on climbing pork demand during Lunar New Year festivities, before gradually falling through 2020.

“We must fully implement the instructions from General Secretary Xi Jinping and Premier Li Keqiang, to ensure stability of the supply and price of pork during the New Year’s day and the Spring Festival,” Hu said.