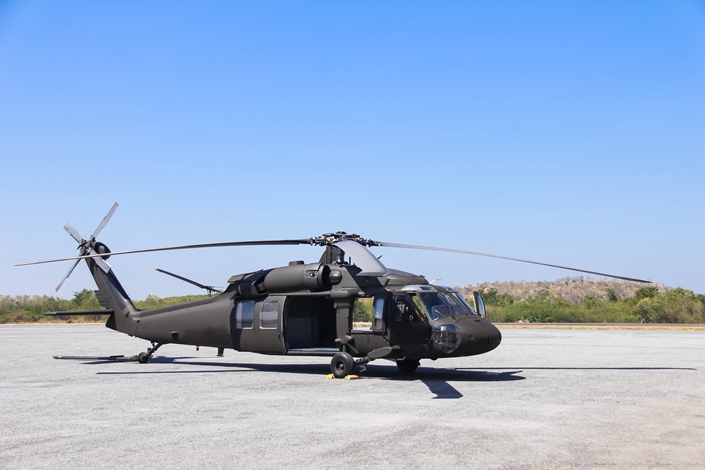 The incident comes as Taiwan prepares to go to the polls on Jan. 11 to decide who will lead the island for the next four years.

The two main contenders for Taiwan’s top elected office temporarily suspended their election campaigns on Friday, after the head of the island’s armed forces and seven others died in a helicopter crash.

Shen Yi-ming, an air force general and top official of the island’s military forces, was on the way to meet members of the military in the northeastern county of Yilan when the UH-60M Black Hawk helicopter carrying him and seven others came down in a mountainous area southeast of Taipei, the political and economic center of the island. The seven others who died also included high-ranking military personnel.

A total of 13 people, including 10 military officials and three crew members, were on board the aircraft at the time of the crash. Five were rescued alive, according to an official statement released Thursday afternoon.

Taiwan had not confirmed the cause of the crash by the time of publication. Hsiung Hou-chi, a high-ranking official of the island’s air force, told a press conference Thursday that mechanical or environmental factors may have brought down the aircraft.

The incident comes as Taiwan prepares to go to the polls on Jan. 11 to decide who will lead the island for the next four years. Incumbent Tsai Ing-wen of the Democratic Progressive Party, who is seeking a second term, said in the wake of the crash that she would suspend all political campaigning through Saturday. Her key challenger, Han Kuo-yu of the Kuomintang, said he would cancel all public appearances on Friday.

In a statement on Facebook, Tsai described the incident as a “sad day” and hailed Shen as “an excellent, accomplished general and a chief of staff beloved by all.” She added that she had instructed all of Taiwan’s military units to fly their flags at half-mast for three days as an expression of mourning.

Shen, who was 62, spent decades rising through the ranks of Taiwan’s air force. The helicopter carrying him and the other passengers took off from Taipei’s Songshan Airport just before 8 a.m. Thursday and made last contact at 8:07 a.m., according to the statement. Following the crash, two rescue helicopters and 91 service personnel were dispatched to the scene.