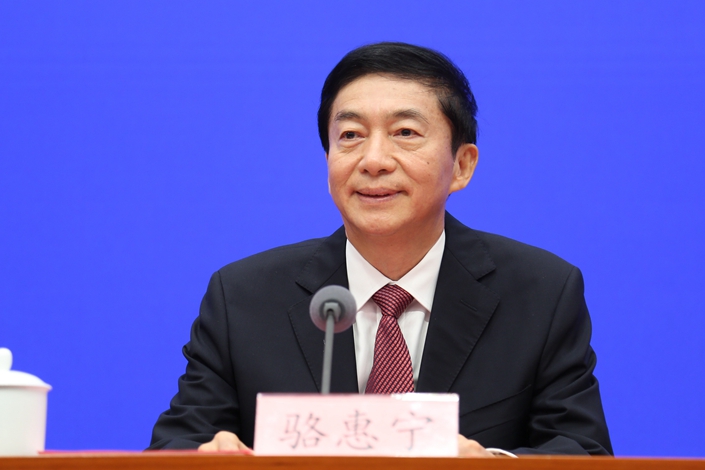 China’s new top official in Hong Kong promised to ensure the steady implementation of “one country, two systems,” the principle that allows the former British colony to operate under a different system of governance than the Chinese mainland.

Luo Huining, the new director of the Chinese central government’s liaison office in the city, told reporters Monday in his first public appearance that “the situation in Hong Kong over the past half year or so is worrying, and everyone fervently hopes that Hong Kong can get back on track.”

Luo said that China and Hong Kong can steadily carry through with “one country, two systems” over the long term. He added that he is “fully confident” in the city’s long-term prosperity and stability.

Luo’s comment came two days after the State Council, China’s cabinet, appointed the former legislator as the new head of the liaison office on Saturday, replacing Wang Zhimin, who had been in the post for about 27 months, the shortest term since the British handed control of Hong Kong back to China in 1997.

Before his new appointment, Luo, 65, was vice chairperson of the financial and economic affairs committee of the National People’s Congress, China’s legislature.

Unlike his five predecessors, Luo has governing experience on the mainland. He was the Communist Party chief of North China’s Shanxi province from 2016 to 2019. Before that, he served as governor and then party chief of the northwestern province of Qinghai, starting in 2010.

“Although I previously worked on the mainland, I am no stranger to Hong Kong,” Luo said at the Liaison Office on Monday morning, “Now it is a new mission and challenge to me to work here. I will do the job well with sincerity and affection for Hong Kong.”

Luo went on to express support for Hong Kong Chief Executive Carrie Lam and the local government before reassuring the public. “[We] must ensure the constitution and Basic Law can be fully implemented, the ‘one country, two systems’ can be carried through with steadily, and Hong Kong’s long-term prosperity and stability can be maintained. I’m fully confident in this,” he said.

In a statement on Saturday, Lam welcomed Luo. “I have no doubt that under the leadership of Mr. Luo, the Liaison Office will continue to work together with the Hong Kong Special Administrative Region government to fully implement the Basic Law and the ‘one country, two systems’ principle for the sake of Hong Kong’s prosperity and stability.”