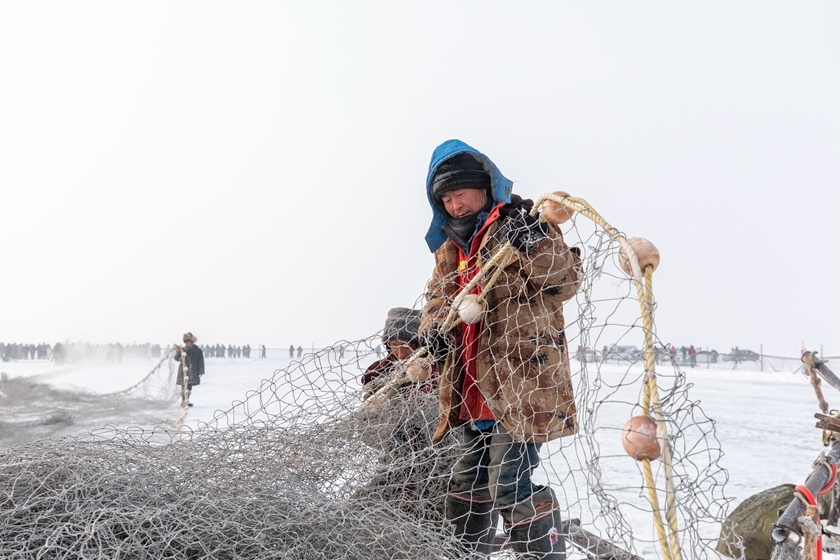 Fishermen prepare their nets on Dec. 28 to be cast under the frozen Chagan Lake in Songyuan, Jilin province. The Chinese government has recognized this method of fishing as an intangible cultural heritage. 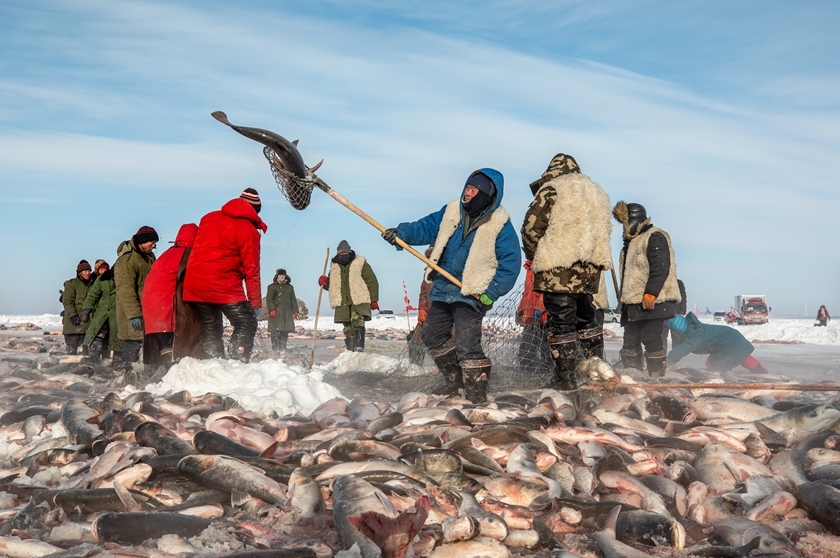 A fisherman lifts a fish from the catch on Dec. 28. Fishermen had cut through the ice to drop their nets below Chagan Lake’s frozen surface. 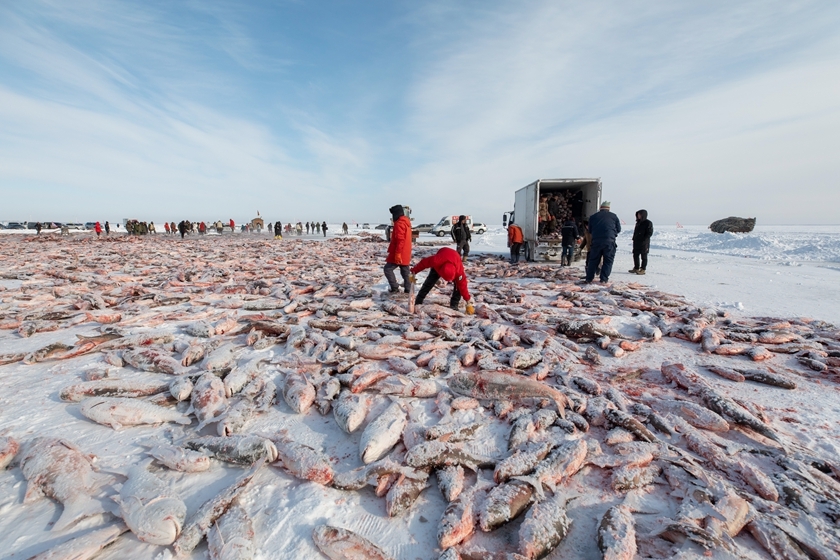 A worker bends over to collect fish from the ice. 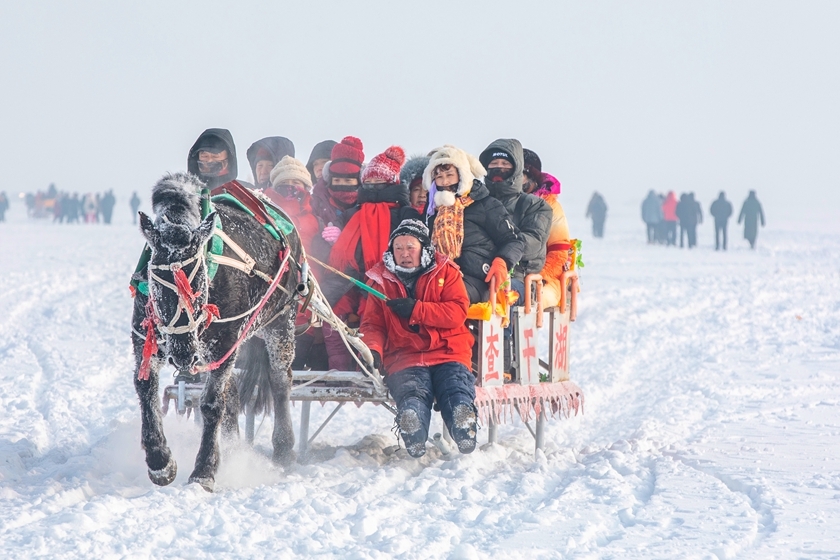 Tourists ride out onto the lake on a horse-drawn sleigh. 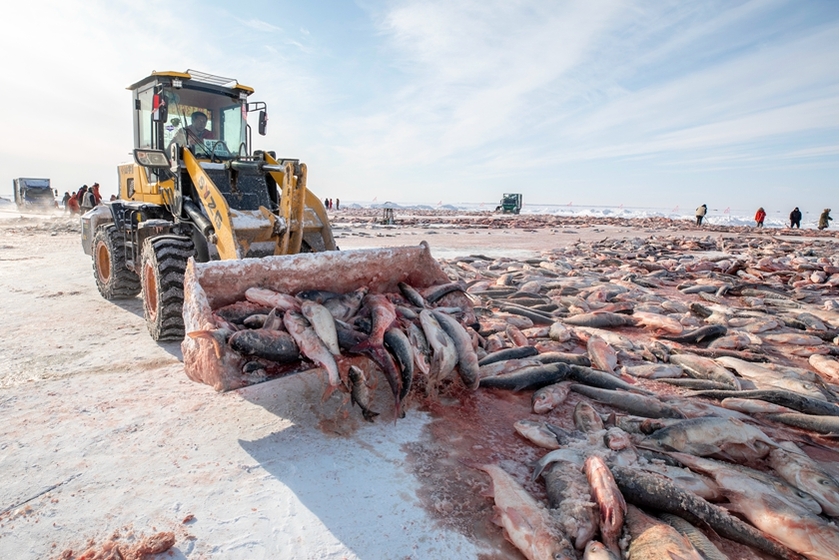 A worker collects heaps of fish caught from the lake. 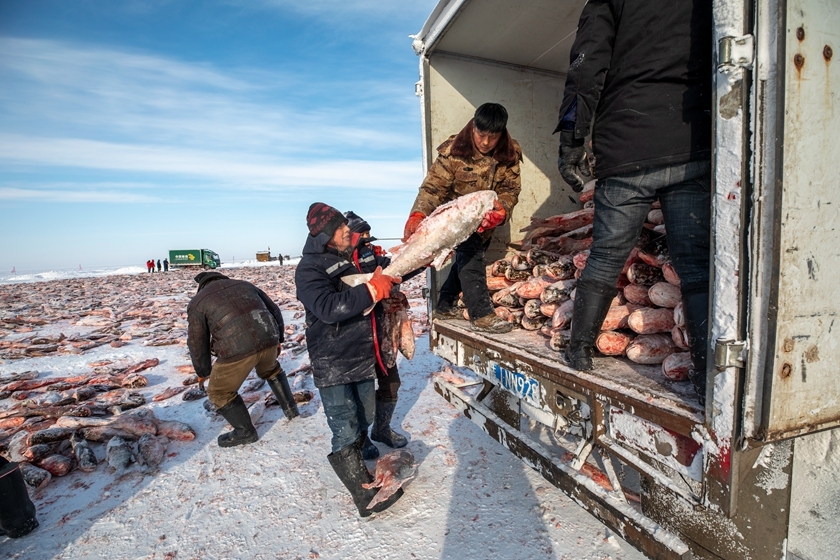 Workers load the catch on to a truck. 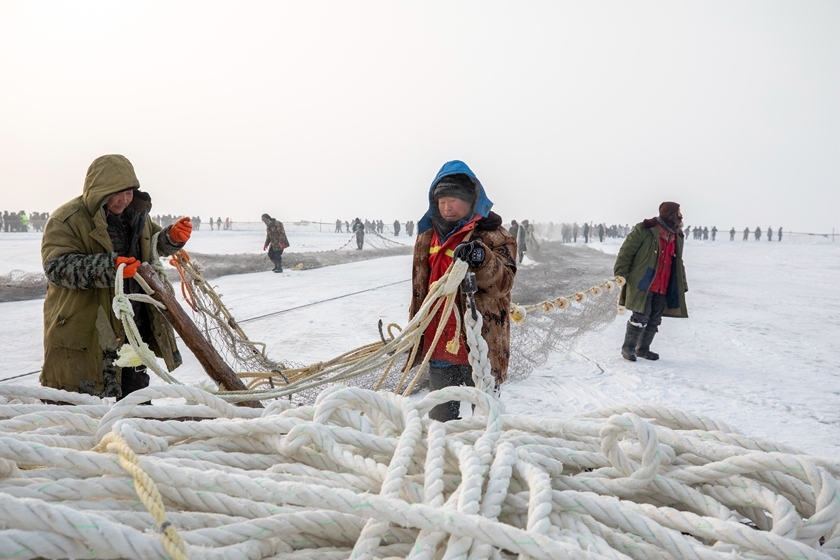 Workers fix a long net to a pole for a method of fishing that dates back to the Jin Dynasty.