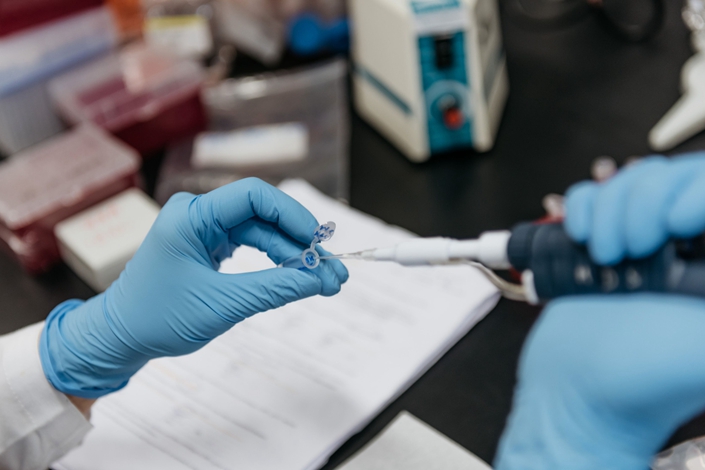 (Bloomberg) — I-Mab Biopharma Co., a Chinese drug developer, has launched what is set to be the first U.S. initial public offering by a Chinese biotech company in more than two years.

I-Mab started taking orders on Monday for the IPO, which could raise as much as $111 million — down from the $200 million people familiar with the matter said last year. If the deal goes through, it will be the first U.S. listing by a Chinese biotech company since Zai Lab Ltd.’s $173 million offering in 2017, according to figures compiled by Bloomberg. Since 2004, only five biotech firms from the mainland have completed IPOs in the U.S.

Many of them have decided to go for Hong Kong instead, after the city’s stock exchange amended its listing rules in April 2018 to allow firms from the industry with no revenue to list there. I-Mab had initially considered Hong Kong before switching to the U.S., people familiar with the matter have said.

Since the rule change, 17 biotech companies from the mainland have listed in Hong Kong, raising a combined $5.12 billion, data compiled by Bloomberg show. And four more have already filed for IPOs there, with others in the pipeline. In the U.S., 47 firms from the sector raised some $5.86 billion in initial offerings last year alone.

I-Mab — along with Californian firm Velocity Financial LLC — will be the first American IPO of the year after a dismal 2019 for listings by Chinese companies there. The 33 that completed initial share sales last year have dropped by an average 21%, compared with a more than 17% gain for all U.S. listings.