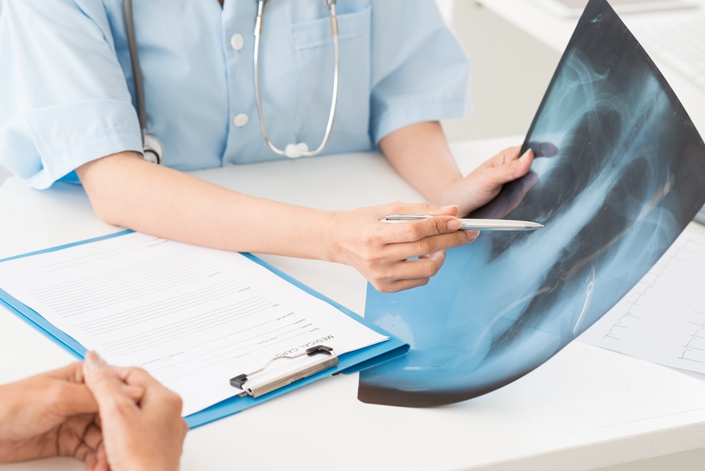 Coronaviruses, some of which are thought to spread to humans from animals, can cause a number of respiratory diseases of varying severity.

The cause of a mysterious lung disease that has afflicted more than 50 people in the central Chinese city of Wuhan appears to be a new virus in the same family as those that caused the deadly SARS and MERS outbreaks, the World Health Organization (WHO) said Thursday.

“Initial information about the cases of pneumonia in Wuhan … pointed to a coronavirus as a possible pathogen,” the statement said. State broadcaster CCTV reported the development Thursday morning, citing unnamed officials from Wuhan’s municipal health commission.

While Chinese authorities believe that the new virus can cause serious illness, the WHO said it “does not transmit readily between people.” Wuhan’s municipal health commission said Sunday it had already ruled out SARS, MERS and a number of other deadly lung diseases like bird flu.

Since December, Wuhan has witnessed an outbreak of an unverified form of viral pneumonia whose symptoms include fever and breathing difficulties. As of Sunday morning, the disease had infected 59 people, the municipal health commission said. No deaths have been reported.

Several patients began showing symptoms after visiting a seafood market in the northwestern part of the city, signaling that the disease may have a common origin. The market has since been closed.

As of Sunday, seven patients were in a serious condition and the rest were stable, according to the municipal health commission. The CCTV report said that eight people were discharged from the hospital Wednesday after displaying no fever or other pneumonia symptoms for several days.

Chinese authorities identified the type of virus by conducting gene sequencing after isolating the pathogen from a patient who tested positive for the disease. Public health officials are continuing to trace other people who may have come into contact with the pathogen.

“China has strong public health capacities and resources to respond (to) and manage respiratory disease outbreaks,” said Gauden Galea, the WHO’s China representative, adding that the speed at which authorities made their preliminary determination was a “notable achievement and demonstrates China’s increased capacity to manage new disease outbreaks.”

The health body added it needed to gather more comprehensive information over the coming weeks “to understand the current status and epidemiology of the outbreak,” including its source, modes of transmission, the extent of infection, and which countermeasures are in place.

No specific precautions were necessary for travelers, the WHO said.

In 2002 and 2003, a SARS epidemic infected thousands of people in southern China and Hong Kong. It eventually spread to a number of other countries and territories, infecting more than 8,000 people and causing 774 deaths worldwide.

Chinese authorities initially covered up the extent of the SARS outbreak, but changed tack as it progressed and eventually controlled the disease by imposing strict quarantines and travel bans. China was condemned internationally for the cover-up.

No known cases are thought to have occurred anywhere in the world since 2004. In 2017, scientists reportedly traced the origin of the SARS virus to cave-dwelling horseshoe bats in a remote part of Southwest China’s Yunnan province.

MERS, which may have originally spread to humans from camels, killed 36 people in South Korea in 2015. Only one confirmed case of MERS, a South Korean citizen, was recorded in China.