Opinion: In the Corporate Social Credit System Era, Companies Will Have to Rethink Compliance

By Markus Herrmann and Luisa Kinzius 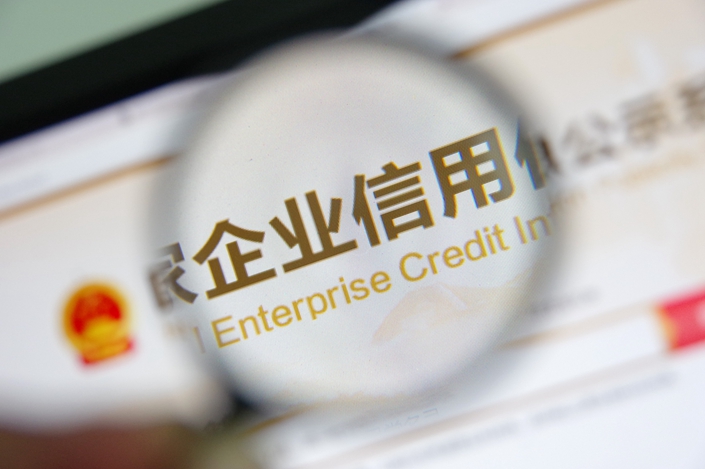 When the State Council published its social credit system implementation plan in 2014, Western observers, focusing on the credit system for individuals, immediately highlighted the image of a state that monitors everyone and everything in all details. As a result, the term “social credit system” was soon irrevocably linked to Orwellian surveillance and criticized for being a highly problematic system.

In our minds, the concept of the corporate social credit system (CSCS) is of a different nature. Certainly, firms are confronted with important questions such as intensified monitoring and data protection, proportionality of sanctions or the system’s longer-term vision, yet the CSCS’ suggested core purpose is normatively less charged: fundamentally, it is a tool to improve the enforcement of Chinese laws and regulations in a continental-sized economy vis-à-vis all companies non-discriminatorily (only about 0.03% of all legal entities being foreign companies). It will also prioritize and focus scarce regulatory resources towards the most problematic market participants.

Using moralistic terms, the 2014 plan suggests “to establish the cultural concept of honesty, and to carry forward the traditional intrinsic virtues of honesty and integrity (…) aiming at improving the integrity-awareness and trustworthiness of the whole society.” As such, being trustworthy is a firm’s societal duty and constitutes a novel lens through which company compliance is judged holistically. The CSCS thus connects separate administrative fields such as labor, tax, environment or customs into one assessment.

With the intent of improving trust levels in the market, this system has been steadily built since 2014 with national ministries and agencies issuing a large body of CSCS administrative regulations. These regulations guide local governments to devise further regulations which extend data collection to better monitor companies’ compliance and assign responsibilities to conduct CSCS ratings and compliance checks. On top of this, local governments are instructed to share the CSCS rating results, blacklistings and non-compliance-records with a unified national CSCS database.

This national CSCS database which consolidates judicial data as well as CSCS-specific data from across provinces, government levels and policy fields for all legal entities in China is one key manifestation of the holistic nature of the CSCS. The second is a novel punishment and reward mechanism prominently highlighted in the first paragraph of the 2014 plan (rewarding trustworthy while restricting distrusted entities).

This punishment and reward mechanism is implemented through a set of more than 50 inter-ministerial Memoranda of Understanding obliging ministries and agencies to co-enforce single-ministry decisions. Hence, under the CSCS a sanction conventionally only imposed in one administrative field can become a draconic whole-of-bureaucracy sanction. In a report earlier this year, the Chinese Supreme People’s Court linked the nationwide decline of blacklisted entities in its area of judicial responsibility to the successful deterrence effect of this mechanism.

Based on our conversations and work with a wide range of foreign firms throughout China, we observe that the CSCS is posing several key challenges. First, achieving a clear understanding of this system and aligning this understanding both internally across concerned functions as well as with the colleagues from global headquarters. Second, conducting a conclusive analysis to identify all relevant requirements across existing laws and regulations that are linked to the CSCS. Third, evaluating internal process adjustments to more effectively deal with the holistic nature of the CSCS.

Beyond these more procedural challenges, some material CSCS aspects also require deeper strategic reflection, such as the requirement of monitoring business partners to achieve the highest customs rating, or more generally speaking, the possibilities offered by publicly accessible CSCS data for intensified mutual auditing among companies, the interdependence between key personnel’s and their employer’s tax or customs ratings, the inclusion of media coverage as a data source as defined in several CSCS regulations or the rapid build-up of an entire private social credit ratings industry keen to experiment with new rating causalities by creatively connecting data-sets.

The Chinese government’s decision to introduce the CSCS to step-up its game for improving general trust levels among companies and companies’ compliance performance is both a paradigm-shift in terms of regulatory approach as well as reflective of the government’s bold vision for e-government solutions and digitalization in general.

Having said this, considering that a draft for a new Social Credit System Law is currently being discussed, we are likely to see deeper embedding of the CSCS within the overall regulatory system in the nearer future. With comprehensive CSCS implementation starting in earnest, foreign firms – burdened by additional complexity from their cross-border and intercultural governance – need to consciously invest in CSCS analyses, preparation and action. At the same time, practical government information on the CSCS should be broadened and made more accessible to foreign firms.

Markus Herrmann is a director at Zurich-based consulting firm Sinolytics and Luisa Kinzius is a consultant at Sinolytics. The article is part of a point-counterpoint discussion on China’s corporate social credit system. See the other two here and here.