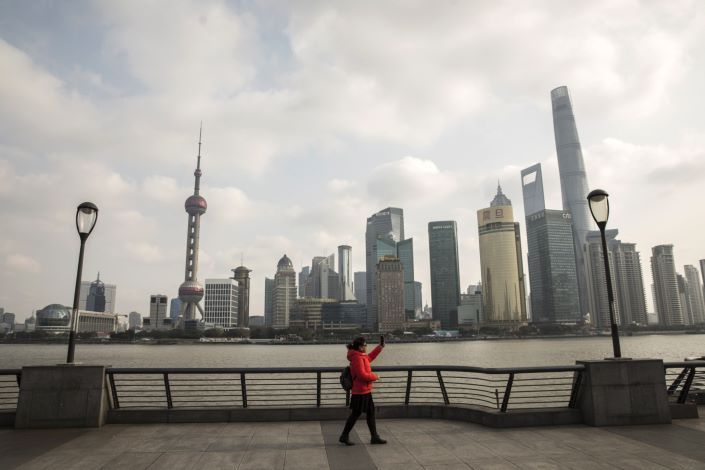 (Bloomberg) — In China’s stock market, a rally in small caps rarely lasts and typically marks the start of excessive risk taking. This time, it’s signaling optimism about the economy.

The outperformance of the ChiNext Index relative to benchmarks of larger companies has already held for six consecutive months, a feat not seen since 2013. It’s continued to start this year.

The advance is partly due to a global risk-on rally sparked by easing trade tensions between China and the U.S. Mainland investors are also hopeful about an economic recovery after some initial signs of stabilization and an easing bias by the central bank. The result has been steady buying of small caps, which are more sensitive to swings in market sentiment given their size.

“It’s an omen,” said Zhu Chaoping, a global market strategist with JPMorgan Asset Management. “Investors are pricing in expectations of a mild economic recovery in the first half” of 2020, and “more broad-based gains could be on the way once we see a more favorable economic environment.”

China’s consumer inflation steadied in December after hitting the highest since 2012 the previous month, the latest encouraging economic reading and potentially giving officials room to further ease monetary policy. The People’s Bank of China on New Year’s Day announced a cut to commercial banks’ reserve-requirement ratios, freeing up 800 billion yuan ($115 billion) in funds at a time investors had been expecting support.

Meanwhile, Chinese Vice Premier Liu He plans to sign the first phase of a trade deal with the U.S. next week in Washington.

To be sure, there might be hints of excessive investor optimism. The ChiNext is up 35% from June’s low and on Thursday notched its highest close since October 2017. The 14-day relative-strength reading for both the ChiNext and the onshore yuan has reached overbought territory, a technical benchmark which raises the potential of a near-term pullback.

Small caps are typically a barometer of market sentiment, and extreme rallies in that part of the market previously prompted regulators to take measures to avoid a repeat of 2015’s market crash.

Big start-of-year rallies have occurred for stocks linked to genetically modified crops as well as Tesla Inc., which has started deliveries of locally made vehicles. “Some investors don’t care if the firms will deliver good earnings, so long as they can find the next buyers,” said He Qi, a fund manager with Huatai-PineBridge Fund Management Co. “I don’t think the gains will sustain” for smaller stocks.

Ken Chen, an analyst with KGI Securities Co., disagrees, noting investors have begun moving money out of blue chips and into smaller names. Large caps have been Chinese market outperformers most of the time since 2016.

“Expectations of a recovery in the economy and corporate earnings are starting to become a reality due to an overall monetary-loosening environment and stepped-up efforts to support growth,” said Chen. “Small caps with good growth stories to tell would benefit more.”