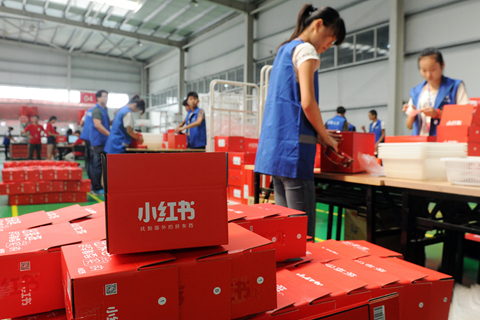 China’s popular social media and e-commerce startup Xiaohongshu is in early talks on a new funding round that could value the company at about $6 billion, Bloomberg reported Friday.

The mobile app operator, also known as “Little Red Book,” is working with an adviser on the financing plan and has contacted potential investors, aiming to raise $400 million to $500 million, the report said, citing an unidentified source.

Counting Alibaba Group and Tencent Holdings as investors, Xiaohongshu’s valuation reached about $5 billion last year, according to the report. The company completed a $300 million series D financing at a valuation of more than $3 billion in 2018.

Founded in 2013, Xiaohongshu focuses on fashion and beauty. It has at least 300 million registered users and 85 million active monthly users, according to a company release in July. The app is especially popular among younger generations in China, who share their shopping experiences on the platform by posting product reviews with pictures, text and videos. Users can also buy products directly through the platform.

But managing the massive content generated by users could be a challenge for the app. Xiaohongshu was taken down from major app stores last year by regulators for “self-examination and self-correction,” but has since returned and is available for downloads.