Editorial: Phase One Trade War Deal Is Worth Celebrating 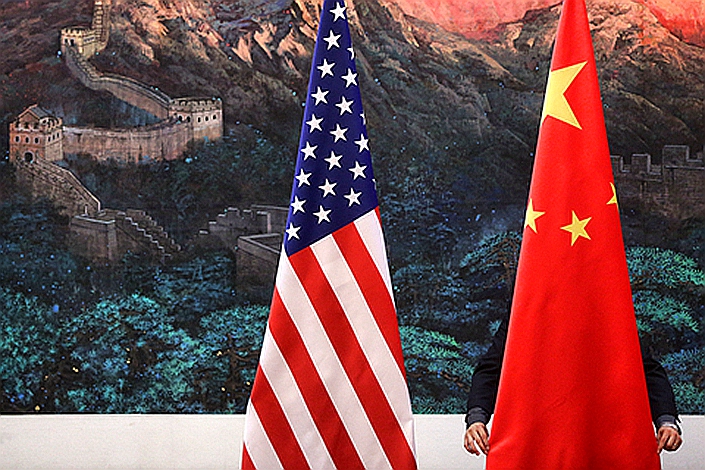 The agreement is not a victory for one side over the other, but a consensus between the two parties.

After rumbling on for nearly two years, the trade war between China and the United States has reached a truce. From Monday to Wednesday, a delegation led by China’s chief negotiator, Liu He, will visit Washington to sign a phase one trade agreement.

As the world’s two largest economies, the agreement is not only good for the stable development of Sino-U.S. trade relations, but also for strengthening global market confidence. It will remove the biggest element of uncertainty from a world economy that has entered 2020 under a dark cloud. The agreement has not come easily and deserves no small amount of praise.

The text of the agreement has not yet been disclosed. According to Chinese descriptions, it includes a preamble followed by sections on intellectual property rights, technology transfer, food and agriculture products, financial services, exchange rates and transparency, trade expansion, bilateral assessment and dispute resolution, and final terms. It covers several urgent and easy-to-resolve issues, and lays a foundation for future negotiations. For instance, the U.S. will carry out its promise to incrementally relieve tariffs on Chinese products, a move that has met with a universally positive response from business experts and financial markets.

The agreement is not a victory for one side over the other, but a consensus between the two parties.

It’s been a difficult path getting here. Although the outside world knows little about the details of the negotiations, the last two years have seen the trade war move in bitter and ever-changing ways. The scale and difficulty of the negotiators’ jobs is not hard to imagine. Like all negotiations, there have been many moments when the two sides have frankly opposed each other, complicating the process of thrashing out a compromise. And that’s before you consider the fact that the number of complex issues involved in the trade frictions, their far-reaching effects, and the profound differences between the two sides are virtually without historical precedent. The consensus around the phase one trade agreement is part of a sensible approach to proceed step by step from the easier solutions to the tougher ones. Serious differences are hard to eradicate in one fell swoop; the important thing is that both sides have found the other to be sincere in looking out for their core interests and key concerns. On a foundation of equality and mutual respect, they have patiently sought resolutions that allow both sides to profit and manage their differences. The phase one agreement has set a paragon for competition and cooperation between China and the U.S.

Negotiations are, first and foremost, a process of communication. Even if China and the U.S. can’t overcome all of their differences, two years of talks should be sufficient to accurately understand the other side’s position, principles, and bottom line, and pave the way for enforcing the agreement, conducting follow-up negotiations, and even building bridges for broader competition and cooperation between China and the U.S. in future. Reducing information asymmetry and straightening out false accusations will undoubtedly help plug the two countries’ “trust deficit” and avoid the kind of misperceptions and misjudgments that clouded the initial trade negotiations.

The ability of China and the U.S. to come to a phase one trade agreement owes much to the leadership of both sides’ policymakers and the hard work of the negotiating teams. But it owes much to 40 years of China’s economic reforms.

Today, the Chinese and American economies are intimately entwined, linked via global product and value chains. It is precisely for this reason that some of the U.S.’ more extreme protectionist, mercantilist and unilateralist plans are so difficult to realize. Recall the American bravado at the outset of the talks, and it becomes clear that they have become more clear-headed and realistic. Take, for example, the U.S.’s most sensitive military technology: As global civil-military integration gathers pace and the line between the two becomes increasingly blurred, more hawkish American officials have no way of decisively decoupling Chinese and American technology. So, the best way to deal with future trade conflicts between the two sides is still to deepen reform and expand China’s economic opening-up. In the last two years, although Sino-U.S. trade negotiations have been in constant flux, China has accelerated the pace of economic reform. This has figured prominently in the country’s legislation, especially financial opening. This is the correct path.

As the Chinese side has said, the phase one trade agreement “is generally in line with the overall direction of China’s deepening reform and opening, and pushes forward the inherent need for high-quality economic development.” Both China and the U.S. must deliver on their promises as laid out in the deal. The next stage of negotiations must not seek to weigh up what one side gains and losses by stymying the demands of the other. Instead, it should dovetail with the most comprehensive aspects of China’s market reforms, such as by enacting the principle of competitive neutrality, improving industrial policy, and accelerating the reform of state-owned enterprises. We also need to explore how China will realize systemic opening.

Throughout this process, both sides must separate their core and secondary interests, and avoid making their core interests too broad. China should bring itself further in line with international trade rules and market mechanisms, push for WTO reform, strive to join the Trans-Pacific Partnership, and rapidly construct the “high-standard market system” and “higher-level new systems for an open economy” as proposed by China’s leadership a few months ago. The stagnation of reform and opening up in China can be used as an excuse by other countries to launch their own trade wars.

Only in this way can the Chinese economy recover from the losses it has sustained as the trade war has dragged on over the last two years and other countries recover from the pressure they have borne throughout. It is the only way for China’s economy — battered during the two-year-long trade war — and its citizens, who have borne a huge amount of stress, to recover somewhat. That, in turn, can spur the U.S. and other developed economies to feel friendlier toward China.

It must be admitted that there are those who foolishly advocate for decoupling in both China and the U.S. Their interests are likely completely at odds with each other, but they share a common way of viewing the world as a zero-sum game. In fact, this kind of thinking only pushes China and America closer to the so-called Thucydides trap. The governments of both countries should create a favorable social atmosphere for future negotiations and promote the rebalancing of Sino-U.S. relations on a basis of coordination, cooperation and stability.

The signing of the phase one trade deal between China and the U.S. is a good start. But the next stage of negotiations will bring even greater challenges to overcome. We hope those new talks will begin soon and reap even richer rewards.