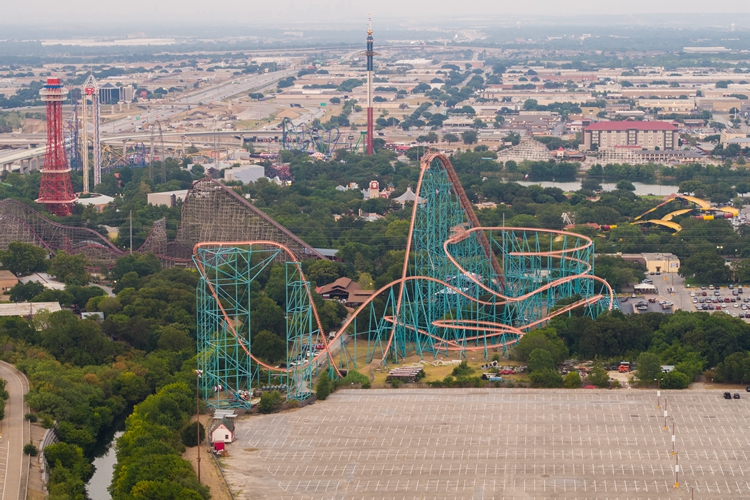 The Six Flags Over Texas theme park in Arlington, Texas.

(Bloomberg) — Six Flags Entertainment Corp. fell as much as 19%, the stock’s worst loss ever, after warning that troubles with its planned China theme parks will hurt revenue — and could lead to all of the projects being canceled.

The stock tumbled as low as $35.28 in New York trading Friday, its lowest intraday level since October 2014.

Six Flags said its Chinese development partner, Riverside Investment Group, “continues to face severe challenges due to the macroeconomic environment and the declining real estate market in China” and had defaulted on required payments to Six Flags. Riverside didn’t immediately respond to a request for comment.

“The loss of all the China projects would result in no revenue for that market if Riverside does not cure the default and the company is not able to engage other partners to complete any of the projects,” Six Flags said in a filing Friday.

Six Flags is developing parks in Haiyan, in Zhejiang province, and in the Bishan district of Chongqing, according to its website.

The China and North America warnings are “clear indicators that trends in the core business continue to deteriorate. We think also the dividend could be at risk, which could create further downside,” Tyler Batory, an analyst at Janney Montgomery Scott, said in a note Friday. He cut his recommendation on the stock to neutral from buy.