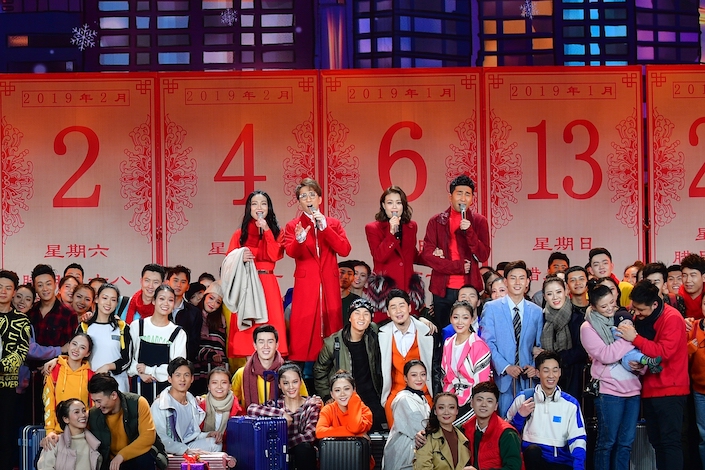 Internet companies in China are vying to get involved in state broadcaster CCTV’s annual Lunar New Year gala, the most-watched television show in the world.

Taobao, an online shopping platform owned by e-commerce giant Alibaba, has won the right to hold an online raffle during this year’s program. The competition will be livestreamed on the evening of Jan. 24 and award each winner up to 49,999 yuan ($7,250) worth of goods on the platform, the company said in a statement emailed to Caixin. It did not say how many winners will be chosen.

Juhuasuan, Alibaba’s flash sales and marketing platform, will also slash prices on selected goods worth a total of 2 billion yuan during the holiday, according to the statement.

Taobao is not the only internet company involved in the Lunar New Year gala. Last month, Kuaishou, China’s second-largest short-video app, announced an exclusive partnership with CCTV to give away more than 1 billion yuan of cash stuffed in virtual red envelopes during the show.

Related: Kuaishou to Give Away $143 Million in Virtual ‘Red Packets’