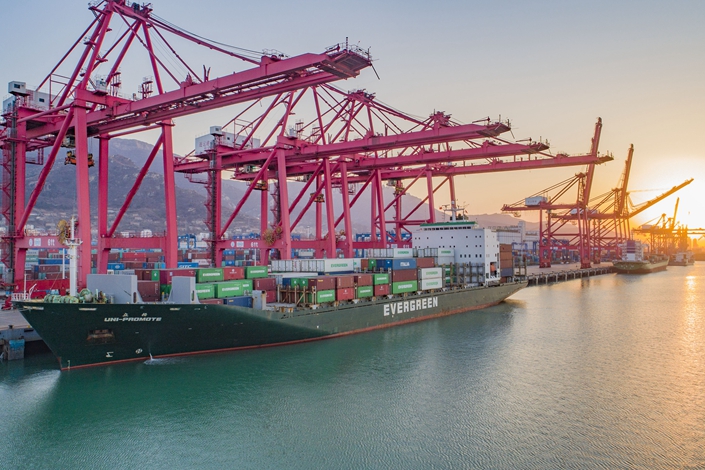 Toward the end of the last decade, globalization — the lowering of barriers to cross-border flows of goods, services, investment, and information — came under severe pressure. Populist politicians in many countries accused others of various economic wrongs, and pushed to rewrite trade agreements. Developing countries have argued for decades that the rules governing international trade are profoundly unfair. But why are similar complaints now emanating from the developed countries that established most of those rules?

A simple but inadequate explanation is “competition.” In the 1960s and 1970s, industrialized countries focused on opening foreign markets for their goods and set the rules accordingly. Since then, the tide has turned. Emerging economies, especially China, got a lot better at producing goods; and the old rules dictate that developed countries must keep their markets open to the now-more-productive producers from elsewhere.

To a cynical observer, developed countries’ current efforts to rewrite the rules look like an attempt not to level the playing field, but to thwart competition. One reason why emerging-market producers are competitive is because they pay workers less (typically because those workers are less productive). Hence, the United States-Mexico-Canada Agreement (USMCA, the renegotiated NAFTA) would limit Mexico’s advantage by requiring that 40% to 45% of automobile components be made by workers earning at least $16 per hour (by 2023). It also mandates a variety of labor protections, including stronger union representation for Mexican workers, which will be monitored by U.S. inspectors. What looks like a good deal for Mexican workers imposed by sympathetic U.S. negotiators could also be seen as a U.S. effort to limit the number of manufacturing jobs in Mexico.

But manufacturing jobs have been moving to emerging markets for decades, so why the heightened concern now? To replace lost manufacturing jobs, developed economies have been creating jobs in services, ranging from low-tech delivery to hi-tech research and development. The implicit bargain that had governed trade was that developed countries would keep their markets open to manufacturing exports from the developing countries, which in turn would be open to service exports from the industrialized countries.

Unfortunately, not everyone in developed countries has been able to move to good service jobs. The best are largely in big cities, where well-educated professionals have been able to cater to global markets, while small towns in, say, the American Midwest and northern England have not recovered economically from the departure of large manufacturing employers. The devastation of such places, and the frustration of those who live in them, ultimately fueled the political movements that put U.S. President Donald Trump in office and will take the United Kingdom out of the European Union. The left-behind former manufacturing communities have a voice in the capital city now, and it wants to bring back manufacturing.

Yet this explanation, too, is incomplete. Much of the U.S. dispute with China, for example, is not about manufacturing (China itself is losing manufacturing jobs to countries like Vietnam). It is about services. Although eight of the top 10 service exporters are developed countries, emerging-market competition is increasing — and prompting a major push by advanced-economy firms to enact new service-related trade rules. Ostensibly, this will ensure continued open borders for services. But it will also be an opportunity to protect the advantages of dominant developed-country producers. For example, the USMCA mandates no duties on products purchased electronically, such as music or e-books, and ensures that internet companies are not liable for content their users produce. It also attempted to extend the duration of patent protection for some drugs, a clause that was removed when congressional Democrats objected.

Elites in emerging markets are responding in their own way. India introduced new rules to limit what foreign-owned platforms like Amazon and Walmart could sell online there, just before Reliance, a massive Indian conglomerate, launched its own e-commerce platform.

In sum, two factors have increased the uneasiness over international trade and investment arrangements. Ordinary people in left-behind communities in developed countries are no longer willing to accept existing arrangements. They want to be heard, and they want their interests protected. The old status quo — where developed-country elites turned a blind eye to the off-shoring of manufacturing so long as markets for their services expanded — has become untenable. At the same time, emerging-economy elites want a share of the global market for services, and are no longer willing to cede ground there.

As a result, there are no easy trade deals anymore. Trade negotiations have become exercises in power politics, not persuasion: threats of sky-high tariffs to close off markets, for example, and battering-ram tactics to force “fairer” rules on the weaker party. Veterans of trade negotiations may say that it has always been this way. One important difference is that the public in emerging markets is more democratically engaged than in the past. When the head of the Mexican business chamber compares the USMCA’s labor and monitoring provisions to the 1848 Mexican-American War (when Mexico lost California), Mexican voters listen.

Therefore, any success that rich countries have in setting onerous rules for others today could prove pyrrhic. For one thing, it is unclear that there is a consensus on those rules even within developed countries. For example, there is pressure in the U.S. to make online platforms responsible for content. Enshrining such contested rules in trade agreements will only make those agreements more fragile. Moreover, such agreements set a bad precedent. In the future, the world’s dominant consumers will be the wealthier, younger, and more numerous citizens of emerging economies. Those who are now saddling weaker countries with disadvantageous arrangements should not be surprised when the favor is returned someday.

How, then, should developed countries respond to domestic pressures to make trade fairer? For starters, it is reasonable to demand that developing countries lower tariffs steadily to an internationally acceptable norm. And discriminatory non-tariff barriers or subsidies that favor their producers excessively should be challenged at the World Trade Organization. But to go much beyond these measures — to attempt to impose one’s preferences on unions, regulation of online platforms, and duration of patents on other countries — will further undermine the consensus for trade. Less intrusive trade agreements today may do more for trade tomorrow.