By Han Wei and Wei Yiyang 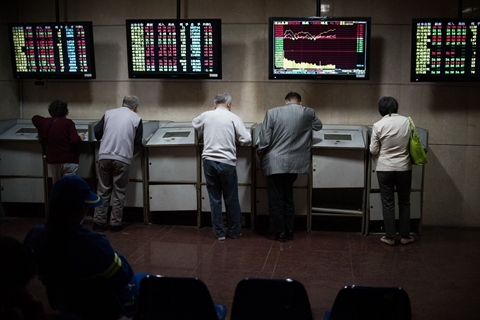 A viral pneumonia that has claimed three lives and infected more than 200 people in China is starting to rattle capital markets as investors weigh the disease’s impact on consumer spending and broader business activities.

Stocks related to catering, entertainment and transportation largely plunged Monday, despite the uptrend of broader stock markets ahead of the Chinese New Year holiday at the end of this week. Health-care and mask-maker stocks rose.

Investors are concerned that fears of the spreading virus will force people to stay away from crowds and leisure activities, dampening the business outlook for the weeklong holiday, which is traditionally a high season for consumption, analysts said.

“The market is worried that (the epidemic) will affect flows of tourists and passengers” as the weeklong Lunar New Year holiday approaches, said a transport industry analyst speaking on condition of anonymity. But it is still too early to assess the epidemic’s real impacts on businesses, the analyst said.

Chinese President Xi Jinping weighed in on the outbreak Monday, urging a redoubling of control and prevention efforts to ensure a “stable and peaceful Spring Festival.”

Chinese authorities reported a sudden surge of cases caused by the new coronavirus first found in Wuhan. The virus, which is from the same family as the deadly SARS disease, has evoked memories of an epidemic that killed over 700 people in 2003.

It has been confirmed that the new virus can be passed between people, said Zhong Nanshan, one of China’s best-known epidemiology experts who leads the national health commission team investigating the outbreak, in an interview Monday with the state broadcaster. Fourteen medical staff have been infected during treatments, Zhong said.

Casino operators in Macao, which often expect a tourist surge during the holidays, also slumped. MGM China Holdings and SJM Holdings Ltd. both slid more than 6%.

In a research report, ICBC International Holdings said the worsening coronavirus situation is hurting consumption-related companies traded both on the mainland and Hong Kong markets but is benefiting stocks related to health care and pharmaceutical.

Drugmakers were among the best stock market performers Monday. Shares of Jiangsu Sihuan Bioengineering, Shandong Lukang Pharmaceutical and Shenzhen Neptunus Bioengineering all surged by about the 10% daily limit. The health-care section in the MSCI China Index rose 1.3%.

The impact of the public health crisis on capital markets will depend on how much the incident affects the real economy and investment return, said Frank Benzimra, head of Asia equity strategy at Societe Generale. In 2003, the Hang Seng Index in Hong Kong lost more than 10% in the first four months amid the outbreak of SARS, but that partly reflected multiple factors amid a worldwide market downturn, Benzimra said.

Bai Yujie and Shi Rui contributed to the story