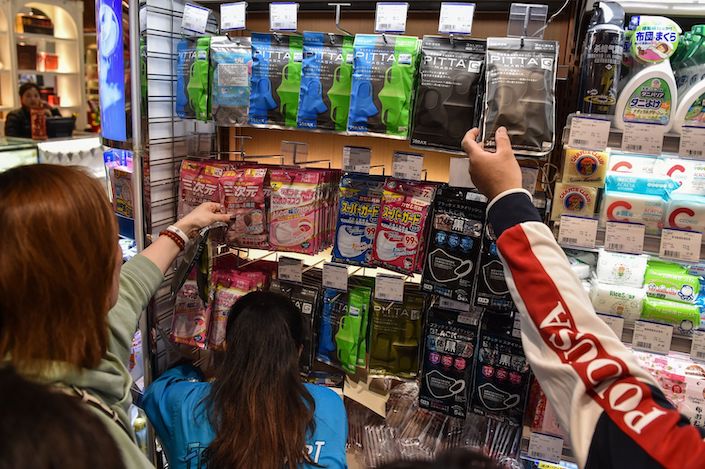 As face masks and respirators fly off shelves in response to China’s spreading new respiratory disease outbreak, e-commerce companies are moving to block vendors from jacking up prices on health products.

E-commerce platforms Taobao, Tmall, JD.com, Pinduoduo and Suning.com all announced steps to curb overpricing of protective gear such as masks, used to cut down on inhaled pollutants and bacteria for the wearer. Some also included sanitizers, thermometers, air purifiers and more.

On Wednesday, many masks were out of stock on Taobao and JD.com. Some Taobao vendors asked for more than twice the normal price for certain respirators. According to local reports, prices reached more than 3.5 times the regular amount.

In a written note to Caixin, a spokesperson for group-buying platform Pinduoduo said the company would monitor for malicious pricing and intervene or pull a product listing if necessary. From Jan. 1-24 this year, sales of masks on the platform rose 310% year-on-year, the spokesperson said, while sales of vitamin C tablets rose 162% and sanitizing liquids more than 50%.

To address shortages, JD.com said it is shortening delivery times by bringing stock directly from assembly lines of mask manufacturers to warehouses, according to its social media post.

Chinese officials Wednesday confirmed (link in Chinese) 544 illnesses and 17 deaths caused by a new type of coronavirus, a category of pathogens that also caused the severe acute respiratory syndrome (SARS) of 2003.

Believed to have originated in December at a now-shuttered seafood market in Wuhan, Hubei province in central China, the viral pneumonia has spread abroad to countries including Thailand, Japan, South Korea and the United States.