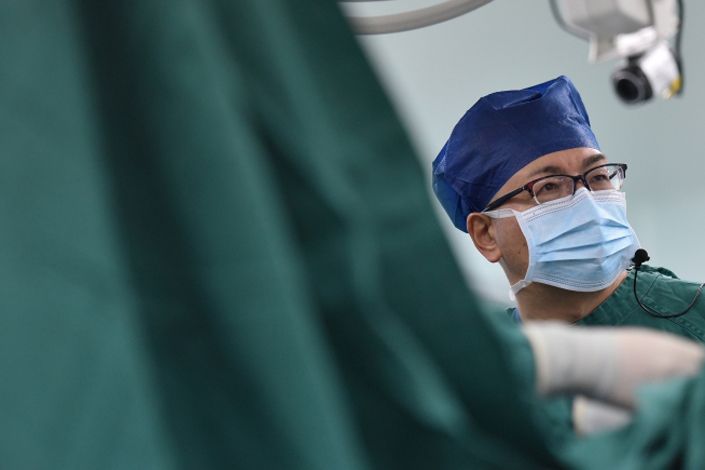 Even with three simultaneous international efforts underway to create vaccines for China’s deadly new virus, the process could take months, according to an international epidemiology group funding the research.

The announcement comes as officials confirm the first deaths caused by the virus, dubbed “nCoV-2019,” outside the epicenter of the outbreak in Central China.

The goal of these efforts is to shorten the process of going from genome sequencing of the pathogen to creating a vaccine ready for clinical trials to 16 weeks, according to the Coalition for Epidemic Preparedness Innovations (CEPI), an alliance of public and private medical entities.

Vaccines often take a decade or longer to develop.

The coalition announced Thursday it is working with U.S.-based biotech company Moderna and the U.S. National Institute of Allergy and Infectious Diseases; U.S.-based Inovio Pharmaceuticals, Inc.; and the University of Queensland in Australia to develop inoculations against the new strain of coronavirus.

The CEPI is funding two of the projects and co-funding the third, and each team will trial a different approach to creating a possible vaccine, Reuters reported.

“There are no guarantees of success, but we hope this work could provide a significant and important step forward in developing a vaccine for this disease,” Richard Hatchett, CEPI chief executive said in a statement.

Coronaviruses are a category of pathogens that caused the deadly severe acute respiratory syndrome (SARS) that emerged in 2002 and the Middle Eastern respiratory syndrome (MERS), and also includes far less lethal viruses such as some forms of the common cold. While scientists have developed a vaccine for SARS, sequencing its genome took more than a year.

There is still no vaccine available to protect against MERS.

As of Friday evening, Chinese authorities have confirmed 900 infections and 26 deaths caused by the disease, akin to pneumonia, including the first deaths outside Central China’s Hubei province, the epicenter of the outbreak. One took place in Hebei, a province encircling Beijing, and another in Heilongjiang province in Northeast China.

By Friday, officials imposed travel restrictions or have locked down at least thirteen cities, including Wuhan, Ezhou, Huanggang, Xiantao, Zhijiang, Chibi and Qianjiang cities in Hubei province in an effort to quarantine millions of residents.

Since it was reported to the World Health Organization in December, the disease has spread to countries and regions including Thailand, Japan, South Korea, Vietnam, the U.S., and Singapore.

Nevertheless, it is not yet a global crisis, the Emergency Committee of the World Health Organization announced Thursday after a two-day teleconference with members and advisers in Geneva.