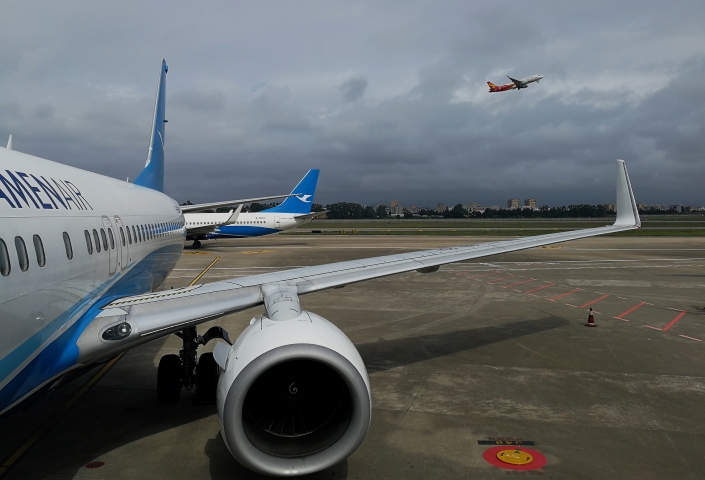 Foreign countries were taking steps to evacuate their citizens from the city at the epicenter of China’s coronavirus outbreak, as the number of people infected with the disease jumped Tuesday.

The number of confirmed infections in Hubei, the central Chinese province whose capital is Wuhan, shot up to more than 2,700 on Tuesday, nearly doubling from Monday, according to its health authority. The province accounts for more than half of all confirmed cases worldwide and the vast majority of deaths caused by the virus, also known as nCoV2019.

Chinese authorities have confirmed 4,630 cases of infection and 106 deaths as of Tuesday.

Countries including the U.S., France and Japan have plans to send planes to the region, while others said they are in discussions with Chinese authorities. China is reportedly requiring that any country wishing to evacuate their citizens agree to a 14-day quarantine period for foreign nationals leaving the country.

The following are steps that have been either announced or are reportedly being taken by countries with citizens in Hubei:

According to a letter sent to Kenyan citizens in China by the Kenyan Embassy, obtained by Caixin, Chinese officials have required foreign governments seeking to evacuate their citizens to subject them to a 14-day quarantine period, in addition to obtaining permission for their charter flights to enter Chinese airspace.

At a ministry-level briefing on the coronavirus outbreak held Monday, which was attended by “all diplomatic missions,” Chinese authorities discouraged evacuations, saying they were up to the task of fighting the virus, according to the statement, which did not discuss plans to evacuate Kenyan nationals.

Of the countries evacuating their citizens so far, the U.S., France, and Australia have indicated they would comply with the quarantine requirement.

The flight was set to make a stop in Alaska, where passengers would be examined by the U.S. Centers for Disease Control and Prevention (CDC), the statement added.

“No occupants who present symptoms of illness will be allowed to proceed into the continental United States,” the county said, adding that passengers will be monitored for up to two weeks after their arrival.

One social media user named Jessica Hmiel, who said she was a U.S. citizen, described the anxiety as she and others prepared to leave Wuhan.

“As you can see our apartment is chaos trying to pack our lives into one bag,” wrote Hmiel, who said she lives in Wuhan with her husband, infant son and dog, on Twitter. “We don’t know really what to expect in the next two weeks. Unsure if I’ll have the ability to update. Please keep us and the Wuhanese in your thoughts.”

The U.S. State Department now has a “reconsider travel” advisory in effect for China in light of the virus, and suggests that its citizens “do not travel” to Hubei.

After initially proposing a shuttle to take French nationals from Wuhan to the nearby city of Changsha, capital of adjacent Hunan province, the French government announced that it may instead offer multiple direct flights from Wuhan to Paris (link in French).

“A first flight will leave (Wednesday) from Paris to probably come back Thursday, Jan. 30, with people who don’t present symptoms,” Jean-Baptiste Djebbari, the French secretary of state for transport told French media, according to a report in Le Monde. “A second flight, whose date is yet to be determined, would be sent for those who may carry the virus.”

The flight would be accompanied by a medical team, and passengers would be quarantined for 14 days upon arrival in France, according to the French government.

Japan announced Sunday it was chartering flights for its citizens out of Wuhan. According to Japanese media, the flights were set to depart Tokyo Tuesday, deliver masks and protective suits to Wuhan before bringing back about 200 people to Tokyo Wednesday.

About 650 Japanese are looking to leave China, and additional flights are being arranged, the Japan Times reported.

Thailand’s Ministry of Foreign Affairs announced Monday that Wuhan was home to 64 Thai nationals and that 18 more lived in other locations in Hubei province, the majority of whom are students.

The Thai government said that it has discussed potential evacuation plans of Thai citizens in Wuhan and is waiting on approval from Chinese authorities.

In a post on its public WeChat account Tuesday night, the British embassy in China announced that it is working on an option to allow its citizens to leave Hubei province. British nationals were being asked to call its hotline before Wednesday morning to express interest.

“(The evacuation) may happen quickly and with short notice,” the announcement said.

India said on Monday that steps “may be taken to prepare for possible evacuation of Indian nationals in Wuhan.”

On Sunday, the country issued a travel advisory recommending the public avoid “all non-essential travel” to China.

The German government told local media that it is weighing plans to evacuate its approximately 90 citizens in Wuhan.

The Australian department of foreign affairs and trade said Sunday it is working with Chinese authorities to look for ways to allow Australians to leave Hubei province, where many cities have implemented severe transportation restrictions in an effort to control spread of the disease.

Canada has no plans, as of Monday, to evacuate the 167 nationals it has in the Wuhan area, Reuters reported, citing Foreign Minister Francois-Philippe Champagne.