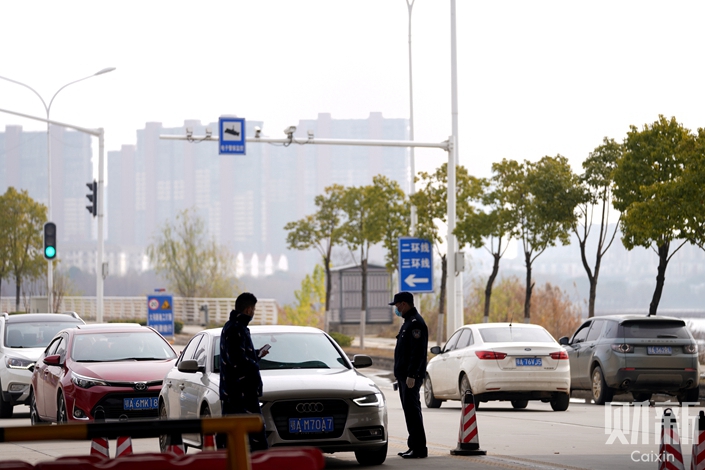 Massive efforts being made to contain China's deadly new coronavirus have put huge strain on the medical system at the outbreak's epicenter, cutting off access to treatment for people with other medical conditions, Caixin reporters on the ground have found.

Medical equipment is in short supply in and around Wuhan, capital of Central China’s Hubei province, as overworked doctors rush to diagnose and treat patients with the viral pneumonia that has killed more than 130 people and sickened thousands of others.

Caixin found instances where patients suspected of having the disease had been turned away from hospitals due to a lack of beds. The outbreak is also taking a toll on patients with other serious conditions and illnesses.

With many hospital wards and clinics repurposed to tackle the new virus and roads to villages and towns blocked, people with ailments such as kidney disease and HIV are also being cut off from health care. Kidney disease patients need to visit the hospital as many as three times per week to have their blood cleaned, a process known as dialysis, or they will die.

“Many patients live far away from their dialysis center, and the roads are closed. The patients can’t really do anything,” said Yu Xiang, the medical director of a medical devices company in Shandong. Yu told Caixin some patients had been forced to walk for hours to get treatment.

Kidney disease is a large and growing problem in China, especially in rural areas which often lack dialysis machines. As elsewhere in the world, it disproportionately afflicts the elderly.

Yu said he was aware of more than 110 patients who have been forced to look for an alternative dialysis site, and that most had not found one.

Also among those impacted by the new measures are some people living with HIV, the virus that causes AIDS, who have been cut off from access to the drugs they need to keep the virus in check, according to posts by activists and volunteers on social media. Not only could they become sicker, but the virus in their system could grow resistant to therapy without the necessary drugs.

On Jan. 26, the China Center for Disease Control and Prevention issued a notice saying people with HIV who could not access their regular institution could get a month’s free treatment from a different one after verifying their identity.

Wuhan's quarantine order on Jan. 23 suspended city buses, subways, ferries, and long-distance transport, making it difficult to travel within the area. An order two days later banned most private vehicles from driving in the city’s center. The actions have left many elderly patients — including suspected coronavirus sufferers — unable to reach hospitals.

Separately, the city announced on Jan. 24 that it had allocated just 6,000 vehicles to be used among the 1,159 communities in central Wuhan, coordinated by local neighborhood committees.

Other resources for assisting people during the lockdown were also scarce. Zheng Ling (a pseudonym), a local official in Jiang'an District, told Caixin her regular staff of 23 oversees more than 2,000 households in the area she covers. Aside from the medical supply shortages, the public transport shutdown and traffic bans have made their job near impossible, she said.

Some elderly people were stuck alone at home without supplies, and transport was still in short supply, she said. She added that community workers were risking their own health to go door to door to check people for fever each morning and evening, often without goggles or protective clothing, and wearing reused masks.

There have been 17 coronavirus cases in Zheng's community and two deaths.

“Community workers did not get professional training, and people are afraid,” she said. Two of her staff have now developed a fever.

Around 10 p.m. on Jan. 25, as China’s annual televised New Year Gala was around halfway through, an 82-year-old resident with a high fever finally succumbed to his illness at home, according to Zheng. The man's family called on the neighborhood committee to dispose of his body, but the undertaker would not come until the house had been disinfected.

That night Zheng said she called local health authorities, the CDC, the community health center, and everyone she could think of, but got no response. The next morning, the patient's family members threatened to carry the body to the community center themselves if someone didn't take care of it.

Zheng made more calls. It was noon before health workers came to disinfect the house and then, finally, the funeral home came for the body.