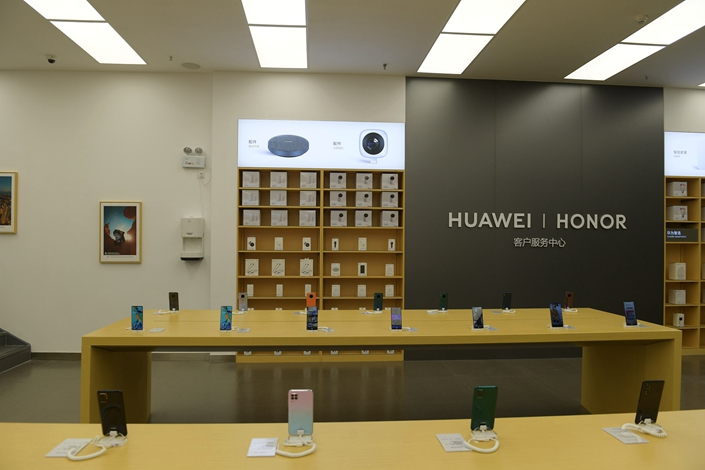 With a global market share of 16%, or 238 million units shipped, the embattled Chinese company outperformed Apple to become the world’s second-largest smartphone seller in 2019, according to a report by industry research firm Counterpoint.

The report attributed Huawei’s global growth to its robust performance at home, where it grew its market share to a record 40%. Phones shipped in China accounted for more than 60% of Huawei’s total for the year, according to the report.

Counterpoint also predicted that it will be almost impossible for Huawei’s own operating system, which it may use after being banned from doing business with Android creator Google, to compete against Android anywhere outside of China.

In a bid to mitigate fallout from its U.S. blacklisting, Huawei plans to equip more of its handsets with its own Harmony operating system and self-developed chips. The tech giant is also encouraging global developers to integrate their apps into Huawei Mobile Services, an alternative to Google Mobile Services, after being stripped of access to licensed Android updates in May.

Commenting on the market outlook, Abhilash Kumar, an analyst at Counterpoint Research, said that new 5G networks would give the global smartphone market more room to grow in 2020.