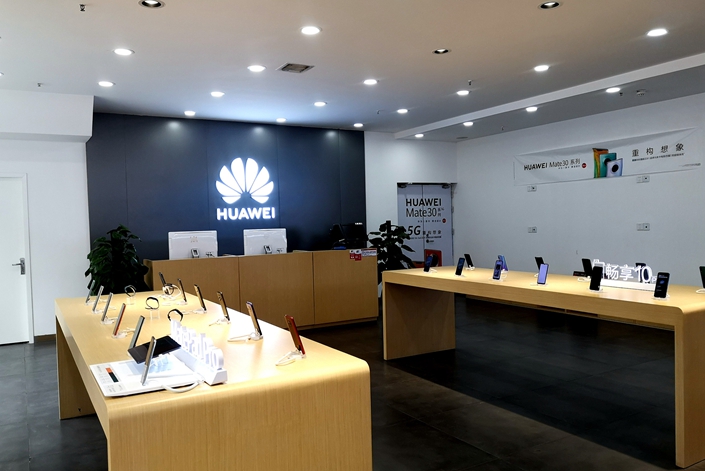 It’s been a long time since the formerly red-hot Huawei had any major slips in the global smartphone market. But that’s exactly what happened in this year’s final quarter, as the effects of U.S. sanctions caused the company’s shipments to fall for the first time since its meteoric rise began.

The company was the world’s third-largest smartphone vendor in the fourth quarter of 2019, slipping from second place the previous quarter, according to a report by research firm IDC.

In the three months to December, Huawei shipped 56.2 million smartphones globally, down 7% from the same period in 2018, the report said. In the process, the company’s share of the global market also fell by one percentage point to 15.2%.

Despite its great popularity at home, which helped prevent its overall shipments from falling even further, IDC expressed concerns over Huawei’s global market outlook as the embattled company remains caught in the ongoing trade war between Beijing and Washington.

Furthermore, its supply chain is likely to be affected by the still-spreading coronavirus outbreak that originated in the city of Wuhan and has now shut down large parts of the country.

Despite Huawei’s woes, the fourth quarter was more successful for fellow China rivals Xiaomi and Oppo, which performed well in India and are becoming more attractive to consumers in Western Europe, much as Huawei did several years ago.

In the fourth quarter, Xiaomi claimed the fourth-largest global market share of 8.9%, with 32.8 million smartphones shipped. IDC attributed the strong performance to the firm’s success in India, where it is being challenged by Oppo’s budget brand Realme. Oppo ranked fifth in the quarter, with global shipments of 30.6 million smartphones, according to the report.

The world’s top smartphone seller for the quarter was Apple, which controlled 20% of the global market. Samsung came in second with 18.8%.