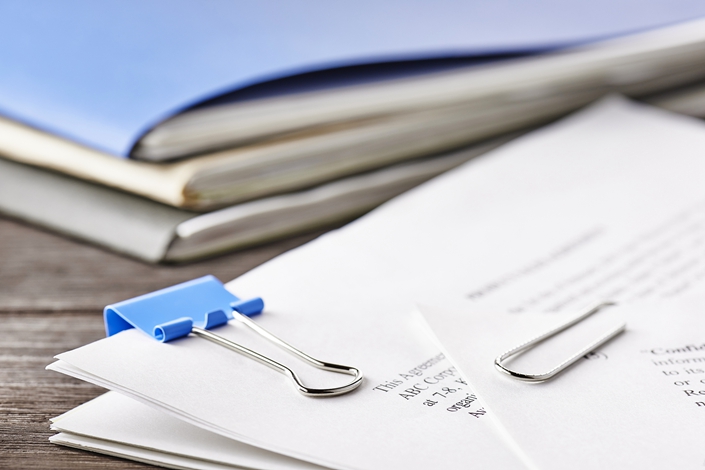 The paper’s findings are inconsistent with information given by the Wuhan Municipal Health Commission. Photo: VCG

China’s national center for disease control has responded to accusations that it withheld crucial information about the spread of the coronavirus in the early stages of the outbreak, amid growing anger on social media over revelations in an academic paper that the authorities were allegedly aware of human-to-human transmission far earlier than they publicly admitted.

The Chinese Center for Disease Control and Prevention (CDC) put out a statement on Friday defending its handling of the outbreak and its information disclosure. Two of the agency’s senior scientists who were involved in writing the report also supported the center’s actions and the publication of the paper, “Early Transmission Dynamics in Wuhan, China, of Novel Coronavirus–Infected Pneumonia.” More than 40 disease control officials and experts from the Chinese mainland, Hong Kong, and the World Health Organization (WHO) contributed to the paper which was published in the New England Journal of Medicine on Wednesday.

“There is evidence that human-to-human transmission has occurred among close contacts since the middle of December 2019,” the paper said in its conclusion, indicating that the authorities knew the disease could be passed between people several weeks before the Chinese CDC publicly disclosed the threat on Jan. 20.

The CDC issued its statement after the paper went viral on Chinese social media and prompted a wave of angry comments from internet users.

“I'm beyond furious,” Wang Liming, a professor of neuroscience at Zhejiang University, said Wednesday in a post on Weibo, China's microblogging website, where he has about 500,000 followers. "This is the first time that I've found unmistakable evidence that human-to-human transmission of the new coronavirus has been intentionally hidden,” he wrote in the post which has since been deleted.

“My question is simple: Judging from the data in this paper, the National Centers for Disease Control and Prevention already had clear evidence of human-to-human transmission as early as the first few days of January. From then until Jan. 20, at what point was this information concealed,” Wang wrote on Weibo.

The authors of the report based their conclusions on a study of 425 people who had been infected with the coronavirus since December. Of those, 15 were medical workers – seven were confirmed as having contracted the disease from Jan. 1 to Jan. 11, and eight during Jan. 12 to Jan. 22.

In its statement, which was distributed to state media and is not on its website, the Chinese CDC said the study referred to in the paper was a “retrospective study” and all cases mentioned had been reported to the public by Zhong Nanshan and the Wuhan Municipal Health Commission on Jan. 20 and 21, respectively, according to the statement. Zhong is one of China’s best-known epidemiology experts who leads the National Health Commission team investigating the outbreak. He was thrust into the spotlight for his role in investigating the SARS outbreak in 2003.

“The paper’s conclusion ­­–– that human-to-human transmission occurred among close contacts of infected patients from the middle of December 2019 –– was made retrospectively, based on survey data from the epidemiological investigation into the 425 cases,” the CDC said. It did not directly address the accusations that it had withheld information about the spread of the coronavirus.

Feng Zijian, a deputy director at the Chinese CDC, and Gao Fu, a director, who were among the contributors to the paper have spoken to Caixin about the study and defended the center against accusations that it withheld data and disclosure of human-to-human transmission.

Feng told Caixin the center only obtained the data related to the 425 cases on Jan. 23 and immediately began its research and analysis. Its contributions to the paper were submitted on Jan. 25 and 26. “Carrying out retrospective research is a part of the work of disease control,” he said.

The paper’s findings are inconsistent with information given by the Wuhan Municipal Health Commission, which on three occasions –– Dec. 31, Jan. 5 and Jan. 11 –– announced that its investigations had not found any obvious human-to-human transmission. It also stated twice that it had found no infection among medical staff.

The local commission only changed its tune on Jan. 16, when it admitted the possibility of “limited human-to-human transmission.” It wasn’t until Jan. 20 that Zhong and the Wuhan Municipal Health Commission announced the coronavirus could be transmitted between people.

Commentators on social media are now asking whether and when did the Chinese CDC know that human-to-human transmission was happening, whether information about the infection of medical staff was passed to it and whether appropriate measures were taken to prevent further transmission.

Yang Gonghuan, a former deputy head of the Chinese CDC told Caixin that there needs to be clarification –– were experts aware of the facts and information and withheld them or was it a case of information being reported and action not being taken in a timely manner. “There’s a big difference between the two and the key facts need to be clarified,” Yang said

As China’s disease control agencies are leading the fight against the new coronavirus, which has led to the deaths of 213 people on the mainland as of Jan. 31, the timing of the publication of the Chinese CDC-backed paper has also stirred controversy.

On Wednesday, the Ministry of Science and Technology released a statement, urging researchers to focus on combating the epidemic rather than publishing academic papers.

But Gao from the Chinese CDC told Caixin on Thursday that the paper was published in order to inform experts around the world and secure their input and contributions to help prevent and control the coronavirus.