Editorial: Epidemic Prevention and Control Must Be Completely Transparent 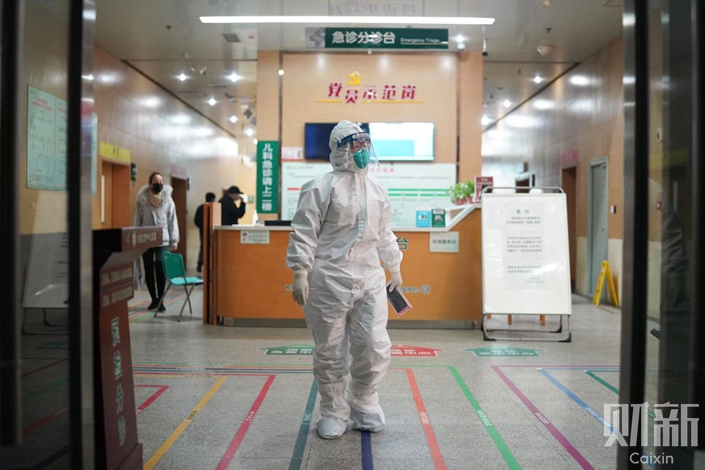 The coronavirus epidemic continues to grow. Since the turning point of a coordinated response starting Jan. 20, hospital admittance and treatment of infected patients, research and monitoring, stabilization of medical supply chains, and allocation of medical personnel have all been gradually been put on track.

However, we are still suffering the severe consequences of earlier mismanagement. These painful lessons need to be systematically summarized after the crisis has passed. However, delayed disclosure of the epidemic was undoubtedly the first error. Such information should not be obfuscated with vagueness, but instead disclosed with complete openness and transparency.

The evolution of this epidemic is a testament to the importance of transparency. After the outbreak, local governments and health departments were slow to warn the public. Disclosure of key information, such as the number of infections and how the disease was transmitted, was delayed or vague, with critical information such as the possibility of “person to person” transmission only confirmed on Jan. 20 by academician Zhong Nanshan.

From Jan. 6 to Jan. 10, Wuhan’s health commission was silent, and from Jan. 12 to Jan. 17 it only announced that no new cases had been confirmed. By contrast, the city charged doctors who tried to disseminate information with “spreading rumors,” sparking a public backlash later on. Obviously, information disclosure at the beginning of the epidemic was not transparent and should not be simply explained away by scientific uncertainty or the complexity of government bureaucracy. The first priority must be that local governments and relevant departments have a strong grasp of the importance of information disclosure. The importance of openness and transparency cannot be overstated.

We advocate transparency throughout the whole process. Transparency should be reflected in all aspects of scientific research, medical treatment, and personnel and material deployment, with accountability enforced across all levels and departments. Information disclosure should be truthful, accurate, complete, and timely, with no arbitrary omissions, no keeping silent about major issues while admitting minor ones, and no shying away from reality.

Chairman Xi Jinping said “The epidemic is a devil, and we must not let the devil hide!” The devil is in the details, and if the whole process is not transparent, the devil will inevitably have a hiding place. Identifying the first infection of the novel coronavirus and rapidly completing genetic sequencing of the pathogen illustrates the progress of China’s medical research since SARS in 2003, capturing the early traces of the devil.

Unfortunately, the devil still escaped from Pandora’s box. The causes are complex and profound, touching on all aspects of social governance. Information disclosure challenges are a reflection of differing approaches to governance in every department, the relationship between central and local governments, the relationship between the government and the people, and finally, the state’s credibility and governance capacity.

Critically, the quality of information disclosure reflects the degree to which leaders respect citizens’ right to know. Professionals, especially healthcare professionals and research experts close to the new coronavirus, should report the truth to the government in a timely manner and have the duty and right to warn the public directly. Some doctors in Wuhan did this. The fact that those doctors are now being praised for taking such risks shows how eagerly the public supports transparency.

Even if there is a mystery to be solved, and there are different technical perspectives about it, the mystery should be open for discussion by professionals and disclosed to the public. This is the process by which the public can seek truth from facts. Was the epidemic “secret” by determination of the relevant authority? No. Its existence is not a government decision, but an objective truth. In the age of the internet, it is hard to keep a secret, even if you would prefer to. However, if the whole process had been transparent, the people of Wuhan would have never frolicked at first, ending up with speculation and panic.

Disclosure of the epidemic was late and insufficient. The common defense is that the government must consider complicated factors such as social stability and economic development, and when considering prevention and control measures, must balance between “excessive” and “insufficient” control. Of course, this is true. But it absolutely does not justify keeping a lid on information. Decisions, after all, must be based on facts. As the epidemic raged, Wuhan hosted a “ten thousand family banquet,” and provincial and municipal governments held spring festival galas.

As a result, some leaders in Hubei and Wuhan have been berated by the public and some of them are considering resigning. Are they not also victims of inadequate disclosure of epidemic information? It is in everyone’s best interest to be transparent. At present, other areas are strictly guarding themselves against the deadly virus; without transparency, it is impossible to effectively guard against the virus. Successful virus prevention and control is inherently aligned with principles of transparency.

The government plays a leading role in information disclosure and wields the greatest influence over the public. But it is not clear whether the State Council’s health department or local governments are responsible for early warning of infectious diseases and release of information. The Emergency Response Law and Infectious Disease Prevention and Control Law and other existing laws and regulations are not consistent. However, this is not an excuse for any department or any level of government to prevaricate. When it comes to “insufficient authorization,” each official should reflect and ask themselves, “should this information be disclosed? What efforts I have made to that end?”

It is wrong and harmful to constrain epidemic information, insisting that information may only be released by a certain subject, or may only be released to the public after a certain conclusion has been reached. There will never be 100% certainty. Even if an outbreak has not yet been confirmed, the partial facts can be disclosed. When the government discloses its own decision, it cannot suppress the responsible disclosure of other information. The first priority is the health and safety of the people, and this is first reflected in respect for their right to know. Recently, the National Health Commission and other departments and local governments in Hubei province and Wuhan have held frequent press conferences; these efforts are worthy of recognition.

At present, the epidemic is still spreading throughout the country. The Lunar New Year travel rush is inevitable, and resumption of work and school cannot be postponed indefinitely. Therefore, our call for total transparency is not made in hindsight, but has great practical significance for combatting the epidemic in coming days and weeks. It provides a basic reference for how to strengthen virus control mechanisms, improve the rule of law, and change the principles of supervision and prevention once the epidemic is stabilized. Transparency does not cause panic; the only source of panic is an absence of truth. That is the lesson SARS taught us 17 years ago, and this epidemic has proven it again at a terrible cost. We hope this will be the last time.