Epidemic’s Nonhuman Toll May Be Many Chinese Businesses 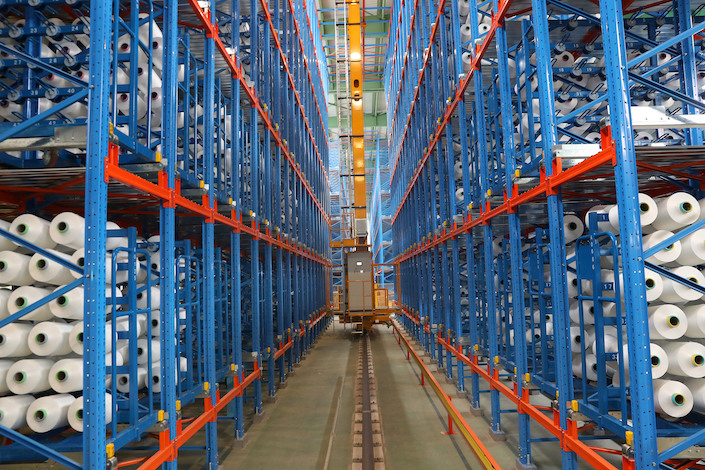 A textile factory in Nantong, Jiangsu province, on Jan. 17, 2020. Photo: VCG
The nonhuman toll of the coronavirus epidemic may be many of China’s small and medium-sized businesses, even with the support of local governments that have cut taxes and rents, according to companies interviewed by Caixin.

To curb the spread of the deadly viral pneumonia, most businesses in Beijing, Shanghai, Zhejiang, Jiangsu, Shandong and Guangdong provinces have been told not to resume operations before Feb. 9 following the extended Lunar New Year holiday closings. Businesses told Caixin the relief measures may not be enough and they are concerned about when they can resume operating and when logistics can return to normal.

While such measures aim to alleviate short-term cash flow shortages for businesses, they can’t do much to address the financial difficulties that have long plagued small and medium-sized companies, according to a lawyer who acts as an independent director at an exporting company.

The head of a Shenzhen parts supplier to iPhone manufacturing contractor Foxconn Technology Group told Caixin that some companies already in difficult operating conditions might not be able to survive. While rent reductions help ease certain pressures on businesses, rents account for a relatively smaller part of manufacturers’ operating costs, and the biggest expense is labor, he said.

The iPhone parts supplier has to pay 6 million to 7 million yuan ($857,000 to $1 million) monthly in wages and related expenses, the businessman said. Even after the factory reopens, there will probably be one or two months of transition before operations fully resume, he said.

The refund of some unemployment insurance payments is minimal compared with fixed expenses companies still face during the shutdown, the head of a Qingdao exporting company told Caixin. This businessman said he doubts his company will be able to resume production right after Feb. 9, and even if reopenings are allowed, there may be unattainable requirements.

Some provinces require companies to sign a guarantee that their workers have not been to Hubei province, where the virus first appeared and infected the most people, before they can resume operation.

How to prevent the spread of the virus among workers is the biggest concern for companies. With face masks in shortage across the country, it will be challenging for employers to adequately protect workers, business people told Caixin.