Opinion: U.K. and China Can Help Lead a Global Response to Covid-19 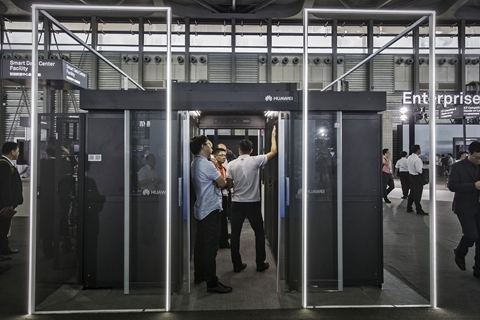 The Chinese telecom equipment maker is seeking unspecified damages for the alleged unauthorized use of 12 of its patents, mainly related to optical transport network technology, used to carry signals.

“Verizon’s products and services have benefited from patented technology that Huawei developed over many years of research and development,” Huawei chief legal officer Song Liuping said in a statement, demanding Verizon either pay royalties or stop illegally using Huawei’s patents.

According to an indictment seen by Caixin, Huawei held several rounds of negotiations with Verizon over the issue between February 2019 and January 2020, but the two companies were unable to reach a licensing agreement.

On Thursday, Verizon described the lawsuits as “nothing more than a PR stunt” and a “sneak attack” on both the company and the United States, the South China Morning Post reported, citing an emailed statement from the wireless carrier.

“The action lacks merit, and we look forward to vigorously defending our company and our nation,” the statement read.

In June, Reuters reported that Huawei urged Verizon to pay licensing fees of more than $1 billion for the use of more than 230 Huawei patents.

The lawsuits against Verizon are the latest legal actions Huawei has taken in the U.S., where it is labeled a national security threat. In December last year, Huawei launched a court appeal against the U.S. Federal Communications Commission over the latter’s ruling that barred American carriers from using government subsidies to buy equipment from Huawei and ZTE.

Since 2015, Huawei has earned more than $1.4 billion through patent licensing and paid over $6 billion for the use of patented technologies, the company said.