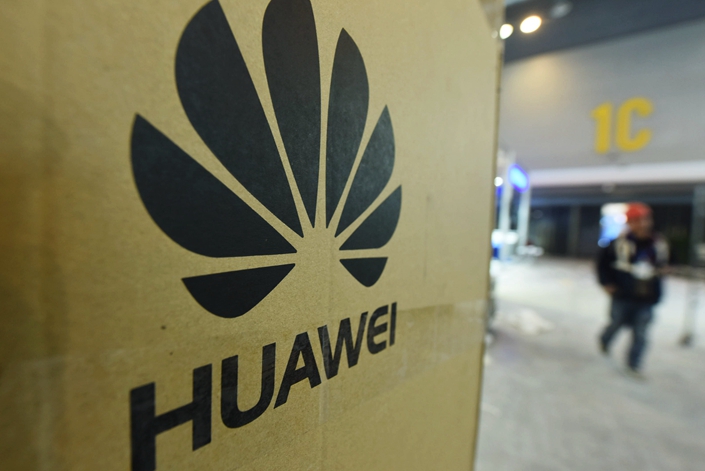 Huawei said Thursday that it had filed a lawsuit demanding suspension of an FCC order issued last month. Photo: VCG

Chinese telecoms giant Huawei Technologies Co. Ltd. is suing the U.S. Federal Communications Commission (FCC) over a ruling that will further limit its sales in the U.S. — saying it violates the nation’s constitution.

It’s the controversial telecom-gear maker’s latest attempt to combat U.S. measures to restrict its activities, such as its inclusion on a government blacklist. These measures are born in part out of suspicion about Huawei’s links to the Chinese government and military, which the company has consistently denied.

Huawei said Thursday that it had filed a lawsuit with the U.S. Court of Appeals for the Fifth Circuit demanding suspension of an FCC order issued last month.

The FCC said it took the decision because the Chinese company poses a national security risk.

In its statement, Huawei claimed that the FCC order is “unlawful on the grounds that it fails to offer Huawei required due process protections in labelling Huawei as a national security threat” and that it “fails to substantiate its arbitrary findings with evidence or sound reasoning or analysis, in violation of the U.S. Constitution.”

The U.S.’s government’s labelling of Huawei as a national security threat has had a major “reputation impact,” said Alan Fan, Huawei’s vice president of strategy and international legal policy, at a media conference in Huawei’s hometown of Shenzhen, Guangdong province. He again hit back at U.S. claims that the Chinese government could leverage Huawei’s overseas telecoms equipment for espionage purposes, saying no Chinese law requires Huawei to deploy such “backdoors.”

Few of Huawei’s sales come from the U.S., as carriers have steered away from its equipment for some time. A Huawei executive at the Shenzhen conference said the company’s U.S. revenue is “minimal,” though it buys $11 billion of components from U.S. suppliers annually.

However, Huawei said the FCC ban would pose a huge challenge to some U.S. carriers operating in rural areas, which it said have long relied on the company’s gear. Citing third-party reports, Fan said at the conference that prohibiting Huawei sales would delay rollout of the U.S.’ superfast 5G wireless network by six to 18 months and cost the country up to $240 billion in lost GDP growth.

Since Huawei was placed on the U.S. “Entity List” blacklist in May, which largely cut off its access to U.S. components and services, the company has launched a public relations blitz, with its previously reclusive founder and CEO Ren Zhengfei giving repeated interviews with international media. The company has also turned to the courts to fight a plethora of challenges, from alleged defamation to American network restrictions.

In March, the company took the U.S. government to court in Texas, arguing that a provision in the 2019 National Defense Authorization Act that barred it from certain networks violated the U.S. Constitution. It also filed defamation proceedings in Paris last month, over claims made on TV about its alleged ties with the Chinese government.

Huawei’s struggle in the face of these hurdles have won it support from patriotic Chinese consumers, and driven its share of the country’s smartphone market to record highs.

However, the company’s popularity has taken a hit this week over its role in the wrongful detention of an ex-employee.