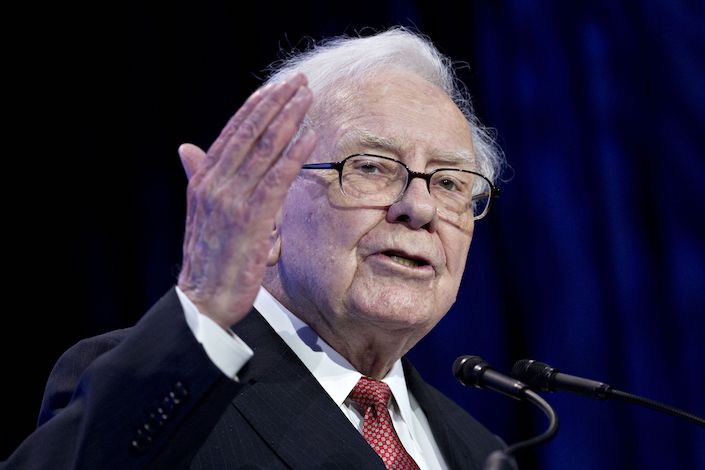 Back in July, the 29-year-old postponed a lunch meeting he had won with a record $4.57 million donation to a Buffett-supported charity, first citing health issues and then issuing a broad apology for touting the plan to dine with one of America’s richest people, noting it raised concerns among authorities.

Instead of lunch in San Francisco, Sun and four other cryptocurrency advocates met Buffett Jan. 23 for a more than three-hour dinner that featured steaks and Coca-Cola at the Happy Hollow Club in Omaha, Nebraska. Buffett famously referred to bitcoin as “probably rat poison squared” in 2018.

“It was really an honor, and I am grateful for Mr. Buffett’s dinner, wisdom and vision,” Sun said. “I’ll always remember his kindness and support and will take Mr. Buffett’s advice and guidance to make Tron a better ecosystem, business with all the partners in the blockchain space and beyond.” Tron is a network and digital token that Sun founded.

Buffett’s assistant, Debbie Bosanek, said the pair had an “interesting and enjoyable discussion” at the dinner.

Among a slew of gifts, Sun presented Buffett with a Samsung phone loaded with one Bitcoin and a number of Tron TRX coins that corresponded with the 89-year-old’s birthday.

After the dinner, Sun is considering joining the Giving Pledge with Buffett and Microsoft Corp. co-founder Bill Gates to donate the bulk of his fortune to charity, according to Ryan Dennis, a spokesman for Tron.

“Justin’s approach to entrepreneurship, his outlook on investments and business, in general, have evolved since dining with Mr. Buffett,” Dennis said. “There were many learning opportunities and more details are yet to come.”

Sun’s earlier postponement came amid a flurry of speculation and articles asserting that he was denied an exit visa from China and that his venture and his token faced investigation.

Sun used proceeds from an early investment in bitcoin while in college to create Peiwo, a popular Snapchat-like app that has millions of users in China. He then created Tron and has expanded through acquisitions of companies such as file-sharing service BitTorrent and a stake in the crypto exchange Poloniex.