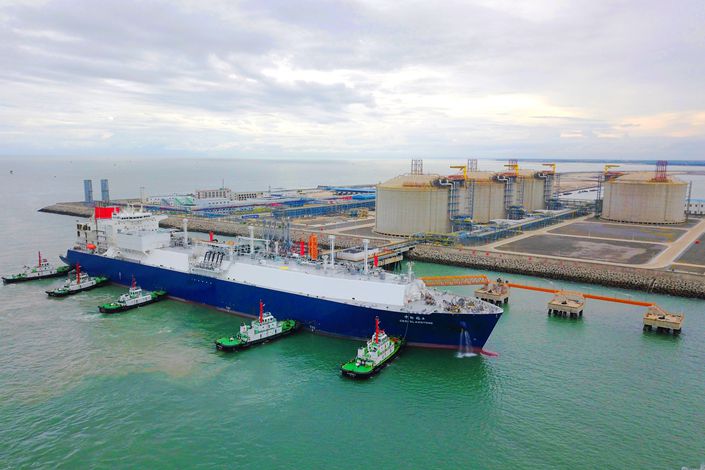 China National Offshore Oil Corp. (CNOOC) has asked its liquefied natural gas suppliers (LNG) for a reduction in shipments citing “force majeure” due to the 2019-nCoV outbreak, but none have yet approved its request.

The size of CNOOC’s requested reduction is not public, but it has invoked the contractual clause — which removes liability in the case of unforeseeable catastrophes — after a reduction in downstream LNG demand in response to the spread of the novel coronavirus in China.

According to a report from China Petrochemical Corp., or Sinopec, industry accounted for about one-third of China’s LNG demand last year, consuming some 100 billion cubic meters (3.5 trillion cubic feet). But the sector has practically stagnated over the last few weeks, as supply chains have been disrupted by the extension of China’s Lunar New Year holiday and restrictions of public transportation across the country, both measures meant to curb the rapidly spreading virus.

Given such low market demand, CNOOC may be overwhelmed by the LNG imports it is required to purchase from suppliers that it has long-term contracts with. The company receives 1.5 million tons of LNG annually under a 20-year deal with France’s Total SA signed in 2008, and it has another million-ton deal with U.S. supplier Cheniere Energy Inc.

China National Petroleum Corp. (CNPC) is in a similar situation, and is considering the same course of action, Caixin has learned, which could leave Sinopec the only Chinese oil giant not to negotiate force majeure exemptions.

Philippe Sauquet, president of Total’s Gas, Renewables & Power division, confirmed in a company meeting that it had received one force majeure notice but rejected it. A person at British oil company Royal Dutch Shell PLC told Caixin it had also received a request from an unnamed Chinese client, and that Shell’s legal department is trying to work out whether the outbreak qualifies for force majeure before responding.

Zhang Libing, an arbitrator at the China International Economic and Trade Arbitration Commission, told Caixin that if a company wants to invoke a force majeure clause, it needs to inform its partner quickly to provide time for assessment.

A person familiar with LNG trading told Caixin that suppliers are free to accept or turn down such requests, and that if both sides cannot reach a deal, they can take it to international arbitration.

Assessing the current situation, the person suggested that plummeting downstream LNG demand has likely led to high stocks at domestic LNG terminals, making it difficult for companies to actually receive more supplies. They added that Chinese companies invoking force majeure are not aiming to reject the landed goods, but rather to reduce or delay scheduled shipments.

The China Council for the Promotion of International Trade has pledged to provide certificates testifying that pandemic-stricken companies are being forced to invoke force majeure, so the companies can include them in requests to their overseas partners.

But Zhang also noted that companies need to prove that force majeure makes them unable to fulfill their contractual responsibilities, and such a certificate may not be enough. In addition, if an LNG shipment falls under a long-term contract, the influence of the coronavirus may be difficult to determine as the outbreak remains ongoing. Zhang suggested that parties under long-term contracts should consider delaying shipments or considering contract performance based on their particular situation, as abuse of the force majeure clause could end up in international arbitration.