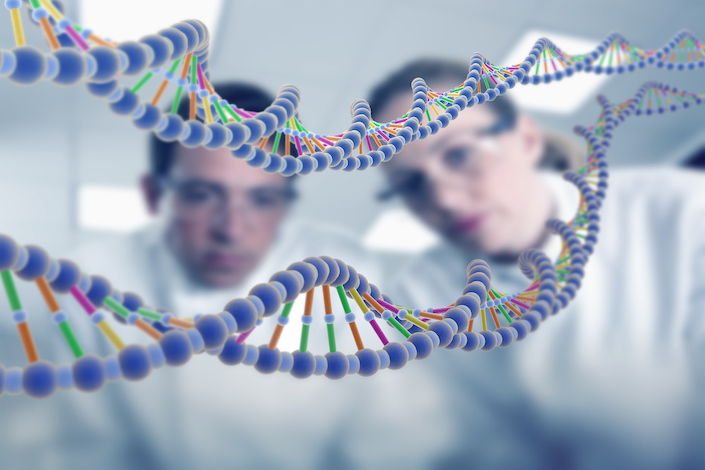 A withdrawn paper claims similarities between COVID-19 and HIV. Photo: VCG
As the coronavirus epidemic in China has infected more than 40,000 people and killed more than 1,000, the source of the extremely contagious virus is still a mystery as scientists around the world debate whether it originated in bats, snakes, pangolins or humans themselves.

A preprint scientific paper published Jan. 31 by a group of Indian researchers suggested that the virus, known as COVID-19, may have been deliberately engineered using the HIV virus. The findings, which feed conspiracy speculation that the new virus might be a lab-made bioweapon, has sparked huge controversy. The authors withdrew the paper Feb. 2 from the bioRxiv preprint server.

Multiple scientists, including Eric Feigl-Ding, a health economist at Harvard University’s School of Public Health, and Shi Zhengli, a Chinese virologist at the Wuhan Institute of Virology and a member of a team that found the origin of the SARS virus in bats, have questioned and criticized the paper for lack of scientific value and misleading choice of words.

Preprints are manuscripts describing research that has yet to undergo peer review, an important but usually lengthy step for any findings to be officially published by science journals. The advantages of preprints are that scientists can post their preliminary findings and receive feedback from peers quickly. They also keep other scientists informed on the latest advances and help build collaboration.

But some scientists argue that these unreviewed preprint papers are also prone to spreading pseudoscience, bad data and erroneous research.

The outbreak of COVID-19 in China and its rapid spread around the world have made new research on the little-known, deadly virus crucial for scientists seeking to better understand its transmission patterns and find possible cures.

Another preprint paper recently posted by a group of researchers led by Zhong Nanshan, a Chinese epidemiologist who discovered the SARS coronavirus in 2003, provides insights on the evolution of the new virus. The study, based on data gathered from more than 1,000 coronavirus patients in China, found that fewer than half of the patients showed fever when first seen by doctors and that use of CT scans in early diagnoses may have missed a significant number of cases.

The Indian paper, titled “Uncanny similarity of unique inserts in the 2019-nCoV spike protein to HIV-1 gp 120 and Gag,” which claimed to find similarities between the new coronavirus and HIV, is based on improperly selected data, statistical analysis methods that violate basic norms and wrong argumentation, Yang Ence, a scientist at Peking University’s School of Basic Medical Sciences, wrote in a blog (link in Chinese) recently. COVID-19 was earlier known as 2019-nCoV.

The paper claimed to find four unique inserts in COVID-19, all of which have similarity to amino acid residues in key structural proteins of HIV-1, which is “unlikely to be fortuitous in nature,” suggesting that the virus might have been designed.

Yang also said the so-called inserts exist in the genetic sequences in many other animals and plants. The paper listed only seven to 12 amino acid residues of the inserts, while the HIV virus contains hundreds of amino acid residues. If such inserts can be compared with a fragment of the HIV virus, similarities can also be found in the genetic sequences of a variety of organisms, such as fruit flies, mold or even lentils, Yang wrote.

Yang warned against some research that has reached eye-catching conclusions based on bioinformatics analyses that lack methodological norms.

Publishers of such preprint papers have also responded. Both bioRxiv and medRxiv, the platform that published the Zhong paper, put a cautionary note on all coronavirus-related preprint papers reminding professionals not to use them to guide clinical practice because they haven’t been reviewed.