By Xu Luyi and Timmy Shen 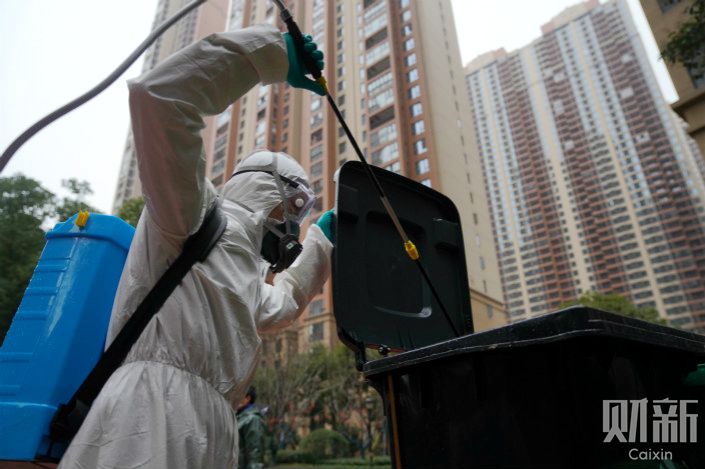 Residents of China’s Hubei province and its capital Wuhan, the epicenter of the coronavirus outbreak, could do better in improving their personal hygiene habits and actively protecting themselves and their homes against the disease as the number of people infected by the pathogen has surged, according to a new report.

A nationwide online survey of 4,348 people, which was carried out from Jan. 30 to Feb. 6, found that a lower percentage of respondents in Hubei were taking some of the precautions recommended by the authorities than those outside the province. The poll was conducted by a team led by Zhao Lei, a doctor in the infectious diseases division of Wuhan Union Hospital, and Xue Zhidong, a researcher at Huazhong University of Science and Technology.

To assess how proactive residents were in terms of following the National Health Commission’s guidelines on epidemic prevention measures, the questionnaire surveyed habits including wearing masks, changing clothes when they arrived home, washing hands, ventilating, disinfecting and going out less frequently. The report put respondents in four categories: those in Wuhan, those in the rest of Hubei province, those in provinces and regions with more than 100 confirmed cases, and those in provinces and regions with fewer than 100.

“In general, the population in Wuhan and Hubei have not taken adequate measures to prevent epidemics,” the report’s authors said. “On the one hand, this may be due to poor personal hygiene habits or lack of attention, but it could also be due to lack of supplies and traffic restrictions, which prevented residents from taking the measures.”

Despite official advice from the Hubei government to stay indoors as much as possible and cut down on the frequency of going out, the survey found that only a third of Wuhan respondents followed that advice, while 37.9% of those in provinces that registered more than 100 confirmed cases avoided the outdoors. Almost 60% of Wuhan respondents said that they needed to venture out occasionally to get daily necessities, a much higher percentage than the rest of China. The report said this indicated households had not adequately stocked up on necessities or had not paid enough attention to the issue.

The coronavirus, now named Covid-19 by the World Health Organization, first emerged in Wuhan in December and while it has spread to all 31 provincial-level regions, most of the deaths and confirmed cases have been in the city and Hubei province. An additional 14,840 people were confirmed as infected in Hubei on Wednesday, 10 times more than the previous day, after the health authorities changed the criteria for diagnosing and confirming the disease. The Hubei provincial health commission said it had started including cases confirmed by “clinical diagnosis,” which involves the use of CT imaging scans, in addition to those confirmed by using nucleic acid testing kits. The death toll in the province rose by 242 to 1,310.

With the virus showing no sign of ebbing in Hubei, the provincial government on Thursday announced (link in Chinese) that companies in the province should not reopen until midnight on Feb. 20 at the earliest and ordered schools to remain closed until further notice.