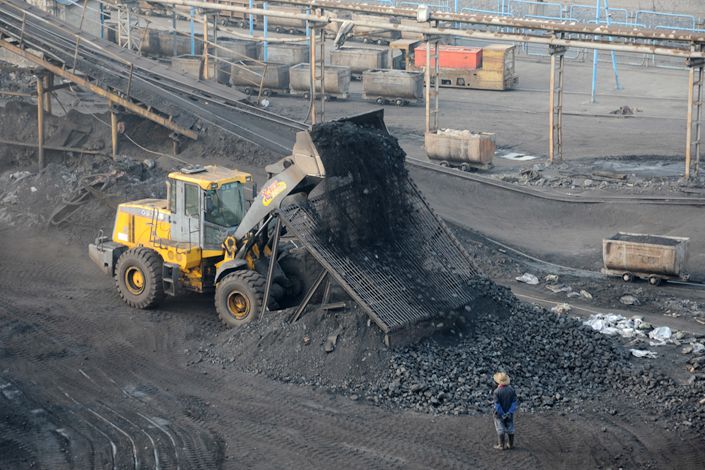 China’s coal heartlands are still operating well below their gigantic capacity, government statistics show, even after the official return to work after an extended Lunar New Year holiday due to the coronavirus.

Ordos, in North China’s Inner Mongolia autonomous region, has 333 coal mines and can produce more of the fossil fuel than any other city in China — 838 million tons a year. But as of Wednesday only 72 mines have resumed operations, representing a little more than two-fifths of the city’s total production capacity, according to the local energy administration.

The situation in Ordos is replicated throughout the world’s largest coal producing nation. According to China’s top economic planner, the National Development and Reform Commission, only 57.8% of China’s coal mines had resumed work as of Monday, the first official work day after the government lengthened the normally week-long Lunar New Year break to curb the spread of the highly contagious coronavirus.

“This is because (coal mines are) short-handed, so they cannot run to full capacity,” said a person familiar with the industry in Northwest China’s Shaanxi province, a major coal mining region. Another coal industry analyst said some mines have had to reassign workers from production to safety-checking due to staffing issues, which has further depressed output.

Travel restrictions that aim to keep the virus in check after it has infected tens of thousands of people and spread both around the country and world have prevented many miners — who are often migrant workers from other parts of the country — from traveling back to their workplaces after the Lunar New Year holiday. It’s still unclear when these restrictions will be lifted, an industry insider said.

However the risk of a widespread coal shortage is low, as demand is also depressed as industries across the economy face similar issues. Coal-fired power plants are also facing low demand, and given a government policy to ensure the coal supply for power generation, the power industry isn’t facing any kind of shortage. But one analyst did warn that some smaller chemical plants and construction material factories could face shortages.