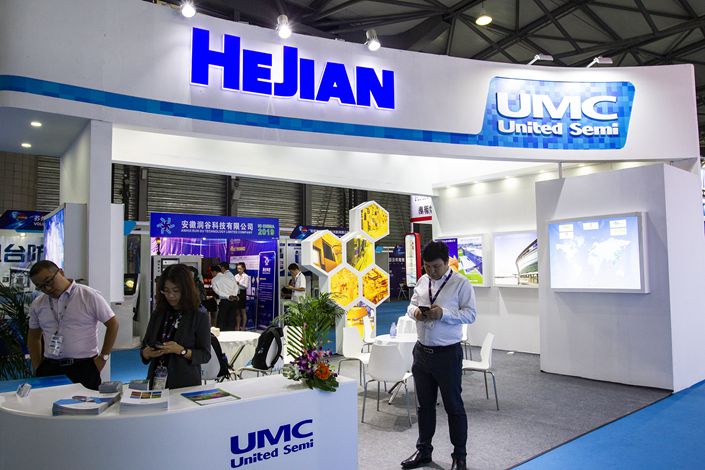 UMC’s factory in the eastern city of Xiamen has been mass producing microchips since 2016, but has yet to turn a profit. Photo: VCG

Despite uncertainty about China’s economic outlook amid the coronavirus outbreak, Taiwan chipmaker United Microelectronics Corp. (UMC) announced Tuesday it will go ahead with a planned 3.5 billion yuan ($501 million) investment in a Chinese mainland manufacturing subsidiary.

According to the website of United Semi Integrated Circuit Mfg. (Xiamen) Co. Ltd., the company was established in late 2014 as a joint venture between majority shareholder UMC, Xiamen’s finance department and a state-owned firm affiliated with the Fujian government. Construction began in early 2015 and mass production began in late 2016, but the project is yet to turn a profit, losing 2.57 billion yuan last year. The second-phase expansion will increase the project’s semiconductor wafer capacity to 50,000 items a month, the company said.

UMC, founded in 1980, was Taiwan’s first semiconductor-maker and now has 12 factories, including facilities on the mainland and in Singapore.

A source familiar with the semiconductor market told Caixin that the chips United Semi produced last year reflect its mature technology and that after its second-phase expansion it may be able to challenge other major players on the mainland, including Semiconductor Manufacturing International Corp.

According to its latest quarterly financial release, UMC’s revenue in the fourth quarter of 2019 grew 17.8% year-on-year to a total of $1.39 billion. Income attributed to shareholders in the last quarter was $128 million, while its gross margin was 16.7%, and its net profit margin was 4.9%.

UMC General Manager Wang Shi said in the release the company’s performance was mainly driven by the communication and computer markets, and he forecast that demand for wafers in those two markets will remain stable in the first quarter of 2020, while UMC is also expecting to benefit from the growing areas of 5G and the Internet of Things.