By Yu Dawei and Denise Jia 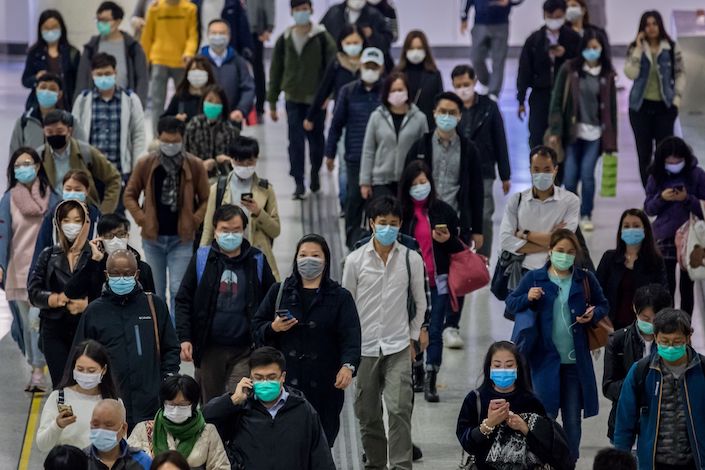 Zhong Nanshan projects that the number of new Covid-19 cases will peak in late February. Photo: Bloomberg
Will the Covid-19 outbreak burn out in the summer as happened with the SARS epidemic in 2003?

That’s what many are hoping for, including U.S. President Donald Trump. Some scientists also speculate that the new coronavirus won’t survive for long in warmer conditions. But whether the virus will disappear in warm weather is still uncertain.

The number of new confirmed cases has shown signs of slowing for several days, and more patients have been released from hospitals every day. But a turning point at which the total number of infected people declines is still not in sight.

Zhong Nanshan, a leading Chinese respiratory expert who became famous for his role in the 2003 SARS epidemic, said Monday that he expects the number of new cases to peak in late February, but whether that would be the turning point would depend on what effect the resumption of work would have on the spread of the disease.

Wang Chen, a respiratory expert at the Chinese Academy of Engineering, told state broadcaster CCTV that appropriate quarantine measures combined with warm weather will help to curb the spread of the virus.

Theoretically, the Covid-19 virus, a member of the coronavirus family which also includes SARS and MERS, is sensitive to temperature. All viruses are made up of a nucleic acid molecule inside a protein shell called a capsid. Some viruses, such as coronavirus, have an external membrane outside the shell. The envelope is relatively sensitive to heat.

The Covid-19 virus stays stable at 4 degrees Celsius and can survive for several years at 60 degrees Celsius below zero, according to guidelines published by the Chinese Center for Disease Control and Prevention. In higher temperatures, the virus’s resistance power declines, but the temperature affects only the virus’s survival time, not its infectiousness, the guidelines say.

Similar results were found with the SARS coronavirus. The SARS virus also stays stable at 4 degrees Celsius, but will lose its activeness in three days at 37 degrees Celsius and can survive for only 15 minutes at 70 degrees Celsius below zero, according to research by Bao Zuoyi and Liu Yongjian at China’s Academy of Military Medical Sciences.

During the 2003 SARS outbreak, for every 1 degree Celsius of temperature rise in Hong Kong, where the virus killed almost 300 people, the number of confirmed cases declined by 3.6. The SARS outbreak lasted about eight months. Like Covid-19, the first SARS case was recorded late in the year. Then the number of confirmed cases peaked in April 2003, and no more patients were found in July. Scientists have never discovered a cure for SARS, and it’s widely believed it’s killed by warm weather.

In the book “SARS: How a Global Epidemic Was Stopped” published in 2007 by Shigeru Omi, regional director of the World Health Organization (WHO), the United Nations health agency attributed the defeat of the epidemic to transparent reporting of cases, efforts by countries to control the flow of infected people and warm weather.

But some differences between the SARS coronavirus and Covid-19 add uncertainties to predicting the endurance of the new disease. Unlike SARS, where only people with fever are infectious, people with Covid-19 can be contagious without any symptoms, making it much harder to prevent the spread of the illness.

A recent study showed that Covid-19 is far more contagious than SARS. The study, published Feb. 15 by the medical research archive bioRxiv, was conducted by a team led by University of Texas researcher Jason McLellan, who for years has been studying different types of coronaviruses such as SARS and MERS.

As temperatures rise, coronavirus either floating in the air or attached to surfaces can survive for a short time, but the infectiveness of the virus in a person’s body doesn’t diminish, said Ma Ke, a doctor at Wuhan Tongji Hospital.