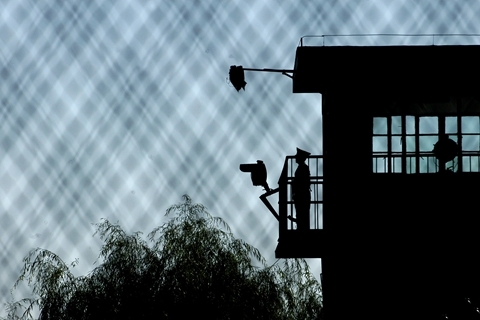 Eleven officials were dismissed for failure to control the spread of the deadly virus, including the head of the Shandong province justice department, where 200 prisoners and seven guards at a prison tested positive for the virus. The central government sent an investigation team to Rencheng prison to probe the outbreak.

The prison outbreaks raise concerns that places of confinement like prisons might have been blind spots in the fight against the epidemic. Other similar facilities, such as detention houses, mandatory detox or rehab centers and compulsory medical facilities, are also prone to spread of the virus, public health experts say.

A prison in Zhejiang province reported 36 cases, including 34 inmates and two guards. Two prisons in Hubei province, the epicenter of the outbreak, reported 271 cases. An additional 20 suspected cases were reported in the prison system, and no deaths have been recorded so far, He Ping, an official at China’s Ministry of Justice, said Friday at a daily briefing.

The outbreak at the Rencheng prison started with a 47-year-old guard with the last name Qin, authorities said. He experienced fever and leg pain Feb. 6 and tested positive for the virus a week later. After all 2,077 inmates and staff were tested Thursday, 207 were confirmed with infection. The outbreak at Zhejiang’s Shilifeng prison was traced to a guard who had traveled to Wuhan, the city hardest-hit in the coronavirus epidemic.

The outbreak in the Zhejiang prison hasn’t spread outside the prison, said Xu Xiaobo, deputy director the justice department of Zhejiang province, at a daily briefing Friday.

Epidemic epicenter Hubei province implemented a first-level response in its prison system Jan. 25. The Party Committee of Hubei Prison Administration allocated 385,000 yuan ($54,900) to 30 prisons in the province for epidemic prevention.

In Shandong province, where the prison outbreak accounted for more than a quarter of the total number of confirmed cases, eight officials were dismissed. Zhejiang province also removed the party leader and head of the prison and launched an investigation of a police officer. Hubei province removed the head of a women’s prison and issued severe warning to a prison guard who didn't truthfully report where he had been or with whom he might have been in contact.