5G Networks to Be Ready Months Ahead of Schedule, Telecom Operators Say

By He Shujing and Isabelle Li 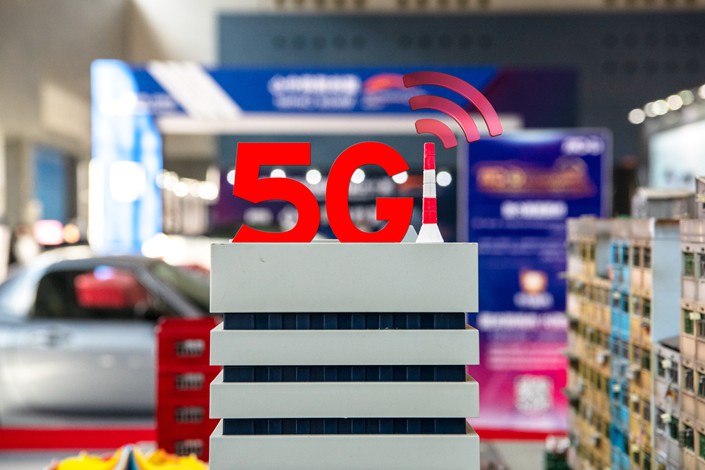 The two carriers had put 64,000 5G base stations into operation as of last Thursday, providing networks for most provincial capitals and major cities in China. Photo: IC Photo

China’s major telecom operators, undeterred by the ongoing Covid-19 outbreak, don’t expect to change their plans to finish building 5G infrastructure this year, and may complete construction ahead of schedule.

China Unicom and China Telecom, two of the country’s top three mobile carriers, planned to finish setting up 100,000 5G network base stations in 47 cities in the first six months of this year.

But according to a release by China Unicom on Sunday (link in Chinese) they aim to hit their full-year goal of 250,000 base stations by the end of September, one quarter ahead of the original schedule.

Their statement followed a rallying call for telecom infrastructure providers to speed up construction of the 5G network by China’s Ministry of Industry and Information Technology (MIIT) on Saturday. MIIT had hoped for 5G network completion to have a positive impact on stabilizing investment amid turbulence resulting from the coronavirus.

Spurred by international competition, China raced early into 5G by issuing commercial licenses ahead of original plans in June 2019.

The new-generation telecom technology will cost significantly more than 4G networks. According to Nomura Securities, the costs for 5G from 2019 to 2025 will hit around 1.2 trillion yuan, 8% higher than yearly outlays in the 4G era.

The latest progress news was in line with what many sources told Caixin in January, that the duo’s alliance will build 250,000 to 260,000 5G base stations, while China Mobile will build around 280,000.

China Unicom and China Telecom announced last September they had teamed up to build 5G mobile network infrastructure, a move that could save billions of dollars.

One industry veteran told Caixin the two carriers set up a special work group at the end of last year to collaborate on building the network. Each delegated over 30 staff to the group to ensure consistency on aspects of overall planning, infrastructure allocation, operation and maintenance of the next-generation network.

According to their Sunday announcement, the two carriers had put 64,000 5G base stations into operation as of last Thursday, providing networks for most provincial capitals and major cities in China.