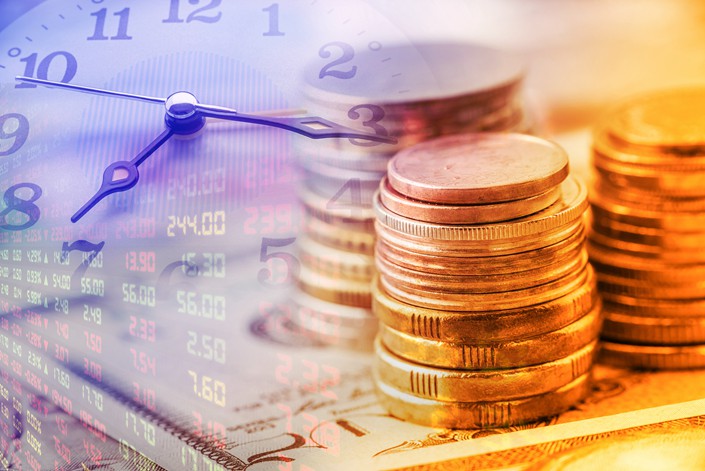 (Bloomberg) — Bond investors are sending the strongest signal yet that they doubt central banks will be able to avert a recession or revive inflation as the coronavirus’s spread darkens growth prospects.

In a sure sign that investors are abandoning hopes for a rapid global economic recovery should the illness be brought under control, longer-term sovereign yields in the U.S. and Europe are outperforming shorter maturities by the most in months, if not years.

Traders are ramping up bets on easier monetary policy, but inflation expectations are still sinking — a combination that gives longer-dated yields more room to fall. One of the bond market’s premier recession signals is also flashing red: The gap between U.S. 3-month and 10-year rates is negative again, by the most since October, back when trade wars were the chief concern. And in Germany, the spread between some yields has tumbled close to the narrowest in more than a decade.

“China, as integrated as it may be in our supply chains, was sort of being compartmentalized as an emerging- market issue,” said Gene Tannuzzo, deputy global head of fixed income at Columbia Threadneedle Investments. But with the virus spreading, “it’s becoming more of a developed-market issue as well.”

As global stocks sank Monday, futures traders stepped up wagers that the Federal Reserve will cut rates by more than 50 basis points this year, even as policymakers have indicated intentions to hold policy steady. Markets are also adding to bets that the European Central Bank will ease. And investors moved to price in a quarter-point rate cut from the Bank of England in November, having previously not anticipated one for 2020.

If the Fed does ease this year, it likely would be more than once, said Tannuzzo. He predicted the 10-year Treasury yield would fall below 1% in that scenario. The yield sank about 10 basis points Monday to 1.37%, approaching the record low of 1.32% set in 2016.

In European debt, the flattening is particularly pronounced in Germany, where growth was already stagnating in the final three months of 2019. The nation’s 30-year yield dropped below 0% on Monday for the first time since October. The extra yield on 30-year over 5-year obligations moved toward lows set in 2008 — a time when Germany was suffering four straight quarters of contractions.

The flattening shows investors aren’t anticipating an economic boost from the region’s governments any time soon. Over the weekend, ECB policymakers from two of the area’s biggest economies said governments must shoulder most of the burden for rebooting economies if the virus has a deeper impact on growth.

“There’s a lot of talk about fiscal expansion, but the market currently doesn’t buy that as the main driver, otherwise curves would be steeper, all other things being equal,” said Joubeen Hurren, a money manager at Aviva Global Investors in London. In Europe, “if the economy continues to deteriorate then the initial response” is probably quantitative easing from the ECB.

If growth fails to stage a rapid rebound, bund yields could trade through last year’s record low for the German 10-year, of -0.74%, he said.